Veritas77Axiom commenting and making videos involving Zach, Me, and other truth channels-Death of Jeff C-Russianvids and the RV bombing 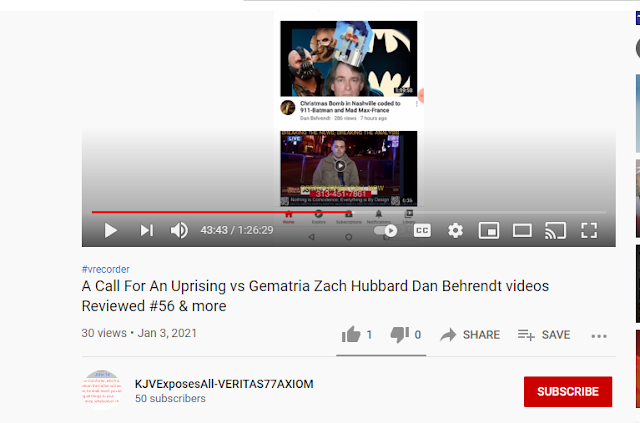 There is for sure something going on here. I have lately been feeling this strong force trying to divide me from the community and it's once again all about Jesus...just like 2016/2017 when my uncle died.
For example, I have recently been getting messages from Veritas77Axiom basically telling me it's all about Jesus. I'm just realizing tonight that he has made a ton of recent videos decoding, decoders.
I will admit that I did learn a ton of things from him 10 or more years ago. I even credit him in my book that I'm still waiting on. He really seems to be hung up on the idea that he taught everyone including Zach how to decode in these recent videos though. It just seems weird that he comes out of nowhere and is trying to convert me to be "born again" and what not. There's so much more I could type, but on 1/3 he messaged me about the above video he made...I watched most of the video, but I didn't finish the whole thing.
However, I was sitting here a bit a ago and I remembered that just before he started talking about me in the video, he pointed out that Anthony Quinn Warner looks like a cross between Russianvids and The Groxt on Youtube. He also said it's why it was an RV...the same thing I was documenting about earlier today, but I never put it together that he was already mentioning this.
Earlier today I was also thinking about Jeff C supposedly dying...Remember just before Zach's car crash is when he did the interview with Jeff C and A Call For an Uprising. Or at least sometime around there, because Pizzagate began around this time.
Then Russianvids or RV made a bunch of videos about Zach's car crash....also ACFAU made his retarded video about Zach too.
Now Jeff C dies and Zach does a video with Russianvids?...It just seems too fishy, but most people haven't been around long enough to understand what I am saying. 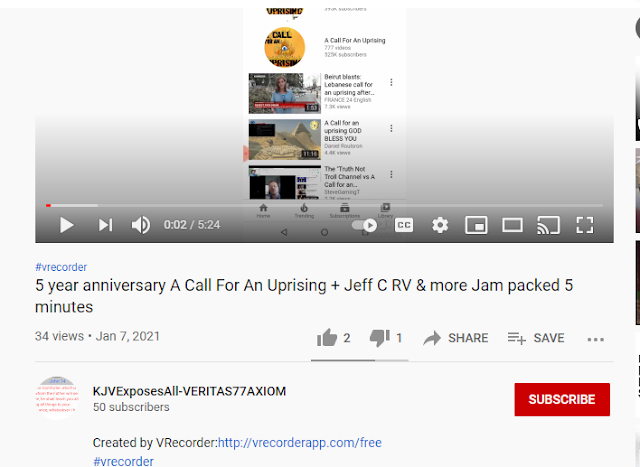 I swear the other day when I went to Veritas channel he barely had any videos and now he has a ton of them..so he must have had them set to private....but now I see he has a video about Jeff C and he once again mentions how Russianvids is connected to the RV bomb. This was 2 days before Zach did the video with RV.

There is just something that isn't sitting right with Veritas coming out of nowhere and Zach making videos with RV to me.

I do like the things Veritas shows too, but I do not agree on the Jesus/Born again aspect. Plus constantly saying in the videos that he taught everyone seems more arrogant than Zach's videos. Also saying that Gematria isn't legit, which I can't agree with at all. He also thinks that ACFAU is a good guy haha...give me a break. Am I supposed to never expand on what I've learned from multiple different people over the years? I hope that I don't do this to anyone following my channel, and if I do I am sorry. If you learned something from me and want to take it further I am happy for you, even if I don't understand it lol.

Posted by The Mindless Freaks(Dan Behrendt) at 3:55 AM