Andy Ngo's Book and Zach's Book in relation to 33 Revisited 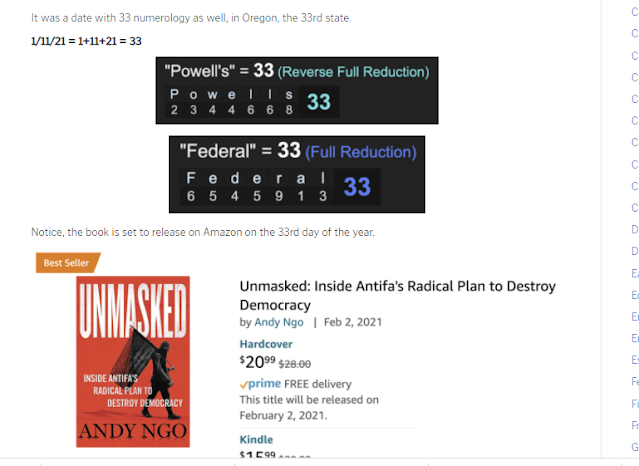 I actually didn't have to take my girlfriends brother to work tonight, so I figured I would try and catch up on some of Zach's videos. I started with the Andy Ngo video....So the reason Zach went to Portland on 1/16 was because of story about Antifa and Andy Ngo's book at Powell's Books in Portland on 1/11.
In Zach's post he points out that ..
1+11+21=33
Powell's=33
Andy Ngo's book will be relased on the 33rd day.
Oregon the 33rd state.
He then mentions his book Number Games and how it has never got the same "best seller" rating as Andy Ngo's book...Zach also gave away 40 some books while at Powell's too.
Why doesn't Zach also mention that he went to Portland 3 months 3 days after Number Games(His book) started selling on Amazon? And he went to Powell's on the 16th day of 2021?
Sixteen=33
Book=16

Andy Ngo has 116k subs on YouTube right now too..What are the odds?
1/16 was 186 days before Zach's bday and 179 days after..
Number Games=179
Zach Hubbard=186(FB)
Portland=116
Regardless if Zach realizes this, it's what I keep saying and it seems that a lot of people want to hate on me for it. We can't be biased and say that Andy Ngo is part of the cabal and then just ignore this fact. Considering Andy Ngo has been on CNN and such I can see why Zach would say this, but when you add in the part about Zach, it really takes away from the  narrative that everyone wants to hear.
I can't get the last piece of the sentence to connect in the above paragraph for some odd reason too...It like double spaced it and no matter what I do, it won't fix the problem...
I want to add that "Antifa"=137(FB)
The 33rd prime number is 137.

It's also interesting to me that Zach just started blogging about Andy Ngo again and made a video on 1/26.
Portland=126(FB)
Portland Trail Blazers=126
This is why they were the first team to play the Lakers after Kobe died on 1/26.
I really don't think Zach is an agent either, but by not paying attention to his own actions it's making him look guilty. If Zach didn't do any of this on purpose, then it happened because the world is coded and everything is meant to happen this way including Andy Gno's situation. What if whatever the Cabal changes is supposed to happen just as everything in our lives our supposed to happen too? There' is a lot of questions that need to be asked and answered with this knowledge...if it's the Cabal, this means they are able to control the actions of us "Truth Seekers"...so again...how do we beat something like this without paying attention to our actions and how our lives our coded? The thing is too, even if we see that we are going to do something by a code and then don't do it..what we don't do will be by a code as well. This is why I am saying the real problem is not the cabal, it's the system we are living in.
Joe Rogan=137(FB) and 260(FB) 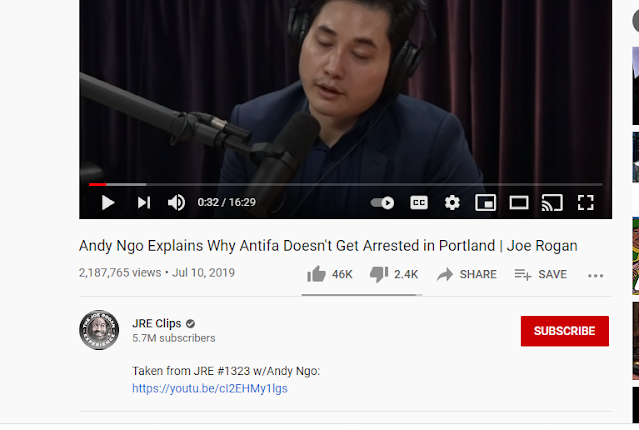 Posted by The Mindless Freaks(Dan Behrendt) at 12:49 AM