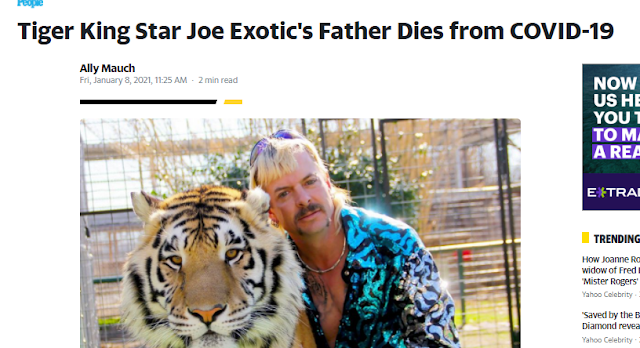 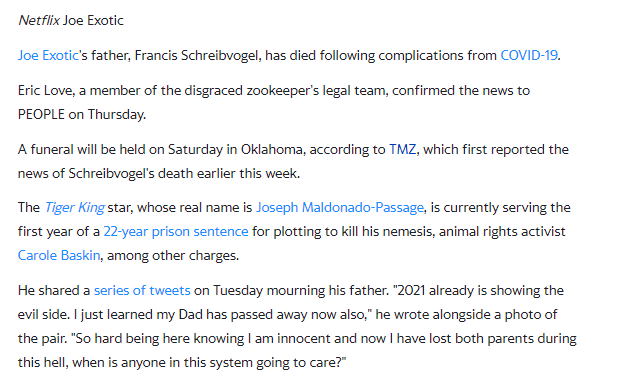 Oddly enough you can actually find an obitiuary of Joe Exotic's father. This is very uncommon when it comes to these stories...Notice his father died 2 months 2 days before his bday....The major number I have said forever is important to Tiger is 22.

Joe Exotic sentenced for 22 years on the 22nd and so on..

His bday was 85 days before Joe Exotic's..

He died a span of 210 days after Carole Baskin's bday. 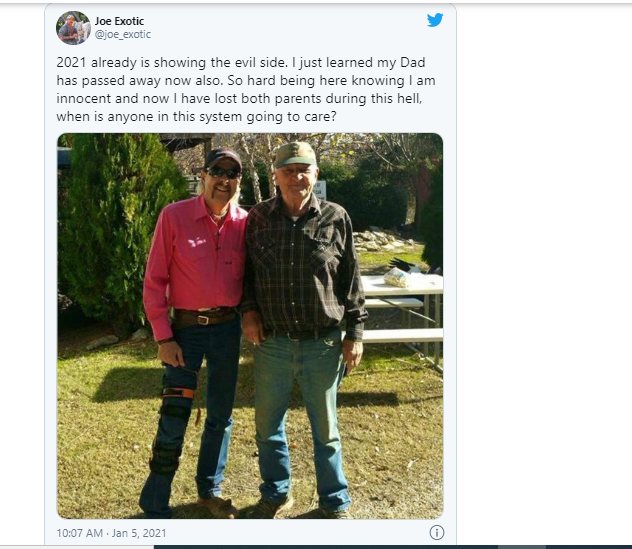 Maybe I am missing something, but when did you get to start Tweeting while in prison?

We also just had the death of "Siegfried Fischbacher"=164..

Notice their bdays were a span of 113 days apart as well.

Posted by The Mindless Freaks(Dan Behrendt) at 1:29 AM