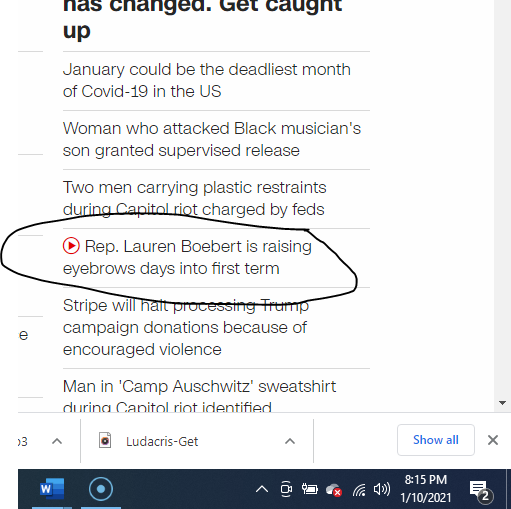 I have the Steeler vs Browns game going on in the background of my browser, but I'm not really watching it...I went to CNN and right as I saw this article about Lauren Boebert raising eyebrows, I heard the commercial on the game say "raising eyebrows" or some variant about eyebrows...It was some type of Apple commercial.....

I have no idea about this sync...but felt like documenting it..

Behind the Mac=182(End of Commercial said)

The only thing that sticks out to me is that my girlfriend just got a Mac from the school she is going to...She was on it today and I was looking at it...as I didn't realize it was a Mac...I then told her a bunch of stuff about them because my old Mac was the best computer I've had. Also Zamien kept telling me there was an "Apple" on the Kethup bottle earlier..and I kept telling him that it's a Tomato..but I see why he thought it was an apple.

....It could also be something to do with the other founders of Apple...

Posted by The Mindless Freaks(Dan Behrendt) at 9:48 PM