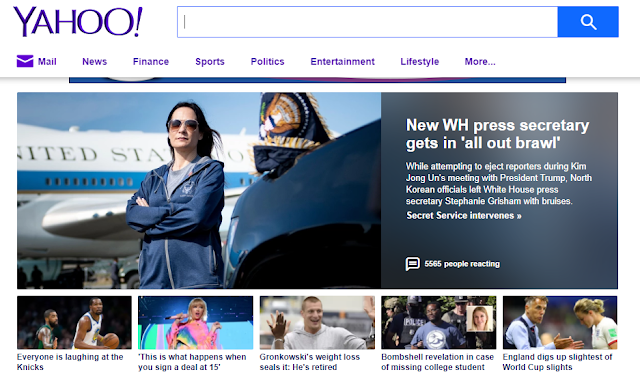 Posted by The Mindless Freaks(Dan Behrendt) at 11:03 PM No comments: 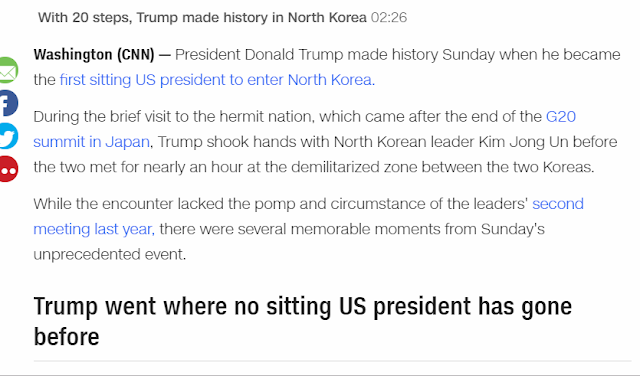 This story also comes 4 months 2 days after the last meeting was cut short.

Posted by The Mindless Freaks(Dan Behrendt) at 5:57 PM 1 comment: 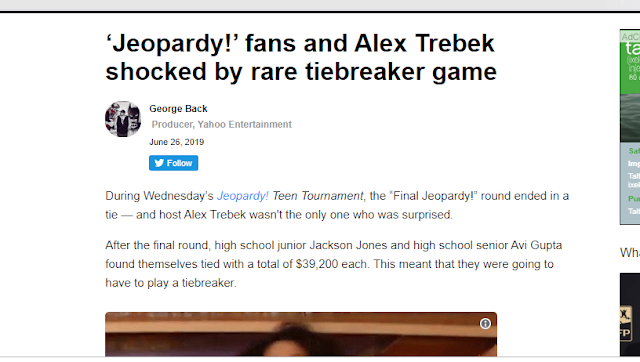 I saw this story about a "Tie" on Jeopardy.
Notice how the article makes sure to let us know the tweet with 34 years in it.
Tie=34
The guy who won the tiebreaker was Avi Gupta.
Avi Gupta=34
Shocked=34

Tiebreaker=94
Jeopardy=94
Posted by The Mindless Freaks(Dan Behrendt) at 11:36 PM No comments:

First off...when did these people go missing? From the looks of the picture it was sometime in the late 70's or early 80's. I mean they couldn't find better pictures than that to show of the missing people in 2019? haha it's hilarious.
Look at the girls name too...
Magdalena Devil...
Like Mary Magdalene and the Devil.
Jet Ski=43
New Jersey=43
Jesus Christ=43
Also..
Rihanna=43
Think how I've recently been mentioning Rihanna and the importance to "water". Now these people go missing on a Jet Ski?
Also the capital of Barbados and where Rihanna is from is "BRIDGEtown"...Remember how New Jersey is important to the bridge symbolism with "BridgeGate". 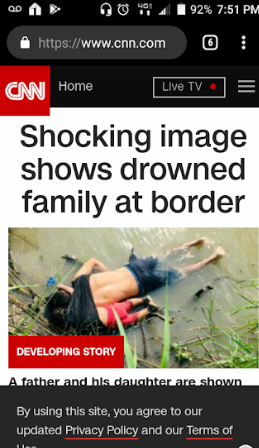 In regards to Water too....I've noticed a lot of stories involving Drowing lately again too. Even the player in the College World Series whose brother died from Drowing...or I think that's what the announcers talked about.
Yesterday we got the story of the Drowned people at the border....
It's interesting seeing this "PINKY" story too. Remember how the Drowning and Pink themes went together. Now I see stories involving both in the media?

Posted by The Mindless Freaks(Dan Behrendt) at 1:29 AM No comments:

Kamala Harris in relation to 8/10 and San Francisco

I'm trying to listen to the Gematria Effect while doing a bunch of other things..but I just heard Zach say something about Kamala Harris and how she's not technically black..which reminds me of David Ortiz.
Anyway, reading through her information I find it interesting she is part Jamaican...just in regards to the Haile Selassie riddle and 310..810(Lion).

It's also interesting she's from the San Francisco Bay area.
I see her bday is 2 months 10 days after 8/10..
San Francisco California=210
Kamala Harris=222(Franc Baconis)
8/10 the 222nd day.
Also it's 71 days..
Kamala Devi Harris=71
Her bday leaves 71 days in the year.
Also earlier on the Gematria Effect Zach asked if anyone knew the riddle with "71" and the Democratic Debate. 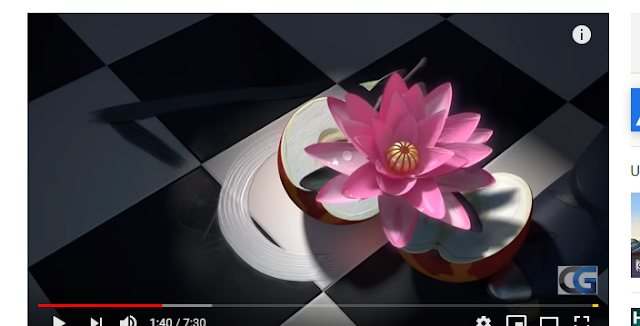 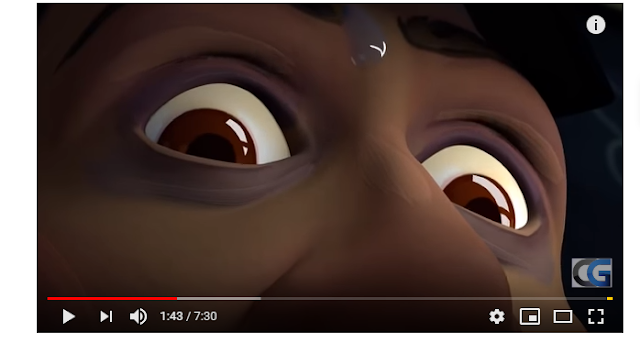 It's also interesting that is says her name comes from the Sanskrit for "Lotus Flower".
Possibly nothing but in regards to the 1st black president, it reminds me of the Pink Lotus Flower in "I Pet Goat II" in which Obama starts sweating when he sees it.


Posted by The Mindless Freaks(Dan Behrendt) at 12:01 AM 1 comment:

Boy dies after falling in Trampoline Park-Synchronicity with Nick Jr 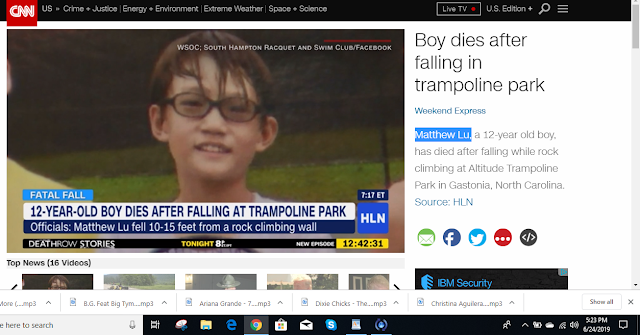 So right as I click on this story, I hear the TV say "Trampoline".
It's some new TV show on NICKJr. that I have never seen called "Ryan's Mystery Playdate".

No idea the point of the synchronicity but it's interesting both the kids look asian. 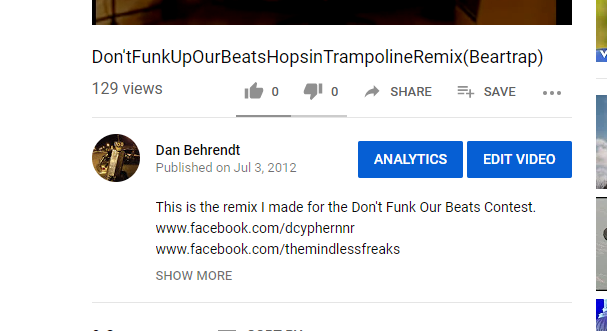 We got a story today about Aubrey Trail as well in which I thought the Awwdbry might be connected to.

Posted by The Mindless Freaks(Dan Behrendt) at 11:22 PM No comments:

It's interesting the story involves France which is something I have been saying is important to this year.
Notice it's 226 days before Super Bowl LIV(54) as well.
Carolina Panthers=226(Francis Bacon) also 310(rev FB)
Cam Newton=36
Paris=36

This story wasn't reported on until 6/23 according the article which is interesting as well.
6/23 is the 174th day of the year.
Carolina Panthers=174
Super Bowl LIV=174

Also remember how the major racism riddle in recent years with the NFL began with the Panthers in Super Bowl 50. Black Panthers vs the White Bronco...Cam NEWTON..Huey P. Newton....then Kaepernick kneels the next season....all of that important to Charles Manson and Helter Skelter....
I'm just wondering because of the connection to the Beach Boys Album 20/20....
Plus Super Bowl LIV is the 50th Super Bowl of the Modern Era.

Since he had to sit "Coach", I wonder if there is a riddle with Ron Rivera the coach?
He will turn 58 years old in January...
58 was the big number around the Black Panther symbolism. It's why Von Miller # 58 was the MVP and so on..
Peyton Manning=58(rev red) I see now too haha. This was before we knew reverse.

I also wonder if there is something important to the Broncos considering their owner just died as well.
Pat Bowlen=36
Paris=36
Cam Newton=36
Denver Colorado=227...the big number in connection to France this year.

Also I've been documenting about Rihanna a lot again lately. She was important to the coding of Super Bowl 48 in which the Broncos lost bad to the Seahawks...

Posted by The Mindless Freaks(Dan Behrendt) at 10:03 PM 1 comment: I'm not sure if this is super important but earlier I got a message on my Death of Charles Manson video. A strange message too.
Anyway now I'm seeing this story about Billy Ray Cyrus at the BET awards....
Notice my Charles Manson video I talked about a Cowboy theme....
So just thinking about Helter Skelter...Black People rising up...Billy Ray Cyrus the Country singer on BET....

The popularity of this song makes me think there is something special to guys like Bubba Sparxxx and Colt Ford too.

Posted by The Mindless Freaks(Dan Behrendt) at 1:58 AM 1 comment:

Beth Chapman from Dog the Bounty Hunter in a Coma 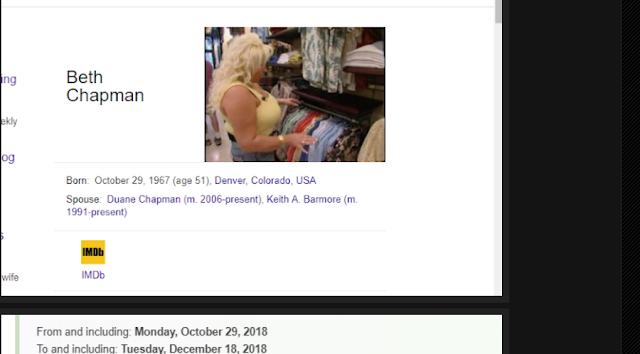 Remember on December 18th I had synchronicity with her too. It was 51 days after her 51st bday.
She is still 51 years old.
Hawaii=51
Dog=51(Franc Baconis)
South Park=51(my sync)

My sync was 46 days before Dog's bday.

Also in regards to my sync with South Park...it was the episode where "IKE" the Canadian character is having sex with his teacher.
Ike=51(Francis Bacon)

Posted by The Mindless Freaks(Dan Behrendt) at 1:17 AM 1 comment: 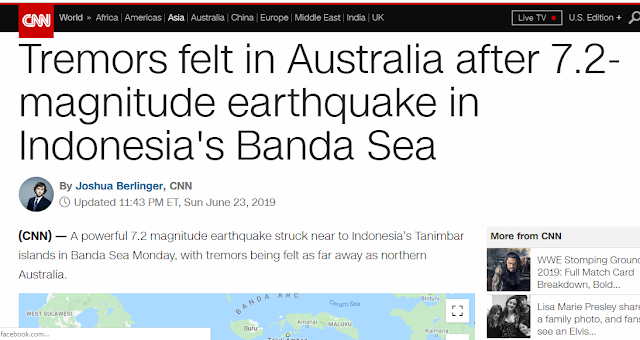 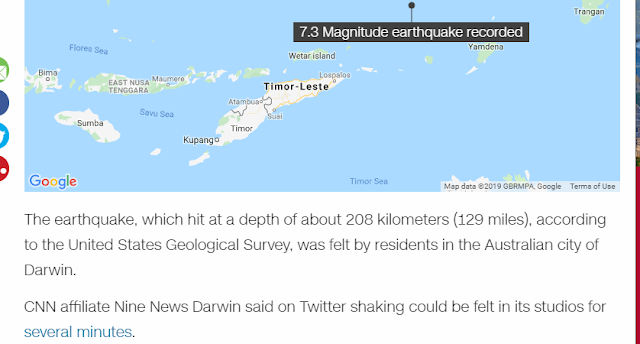 This happened on 6/24 in Indonesia and being reported late 6/23 in the US.

Modern Freemasonry founded on 6/24 and much more...
I just noticed a few interesting things with the FB ciphers in regards to this.
Society of Jesus=191(simple)
Freemason=191(Franc Baconis)
Society of Jesus=239(Franc Baconis)
Illuminati=239(Rev Franc Baconis)
Paris, France=239(rev Franc Baconis)
Makes a lot more sense why Pope Francis visited the US in the 239th year of the US on the 223rd anniversary of the  French Republic. Then went to the White House on 23/9.
Then we got the Paris Attacks on Friday the Thirteenth.
Friday the Thirteenth=223
Napoleone di Buonaparte=223

I have mentioned a lot in regards to France and the connection to Pope Francis...France important to 227 this year.
Pope Francis=227(rev Francis Bacon)

A few have mentioned the film "Canadian Bacon" to me, but I am just now getting around to looking at it. I have never seen the film, although I have heard of it.
John Candy has a lot of interesting things about him....his bday was Halloween which there is something important too. Plus his name "Candy"...Slipknot's first ever album was released on Halloween....
The most memorable film for me with Candy in it though is "Cool Runnings" which the Jamaican bobsled team goes to CANADA to the Olympics.
Of course Jamaica reminds us of Haile Selassie and 310.
Also remember how the guy named "Leon" was in my John Stamos/Garfield video. Leon means Lion...
Leon Robinson...from Above the Rim...also CLIFFhanger.

The film came out on the anniversary of the French Republic and the day Des Moines, Iowa became incorporated too.
Iowa and Canada both important to France.
John Candy=186(Franc Baconis)
Leon=186

The big number I was documenting with Lori Loughlin was 186. In my original post about "Leon" Robinson, I mentioned 186 and Lori Louglin and August 10th.
Pigs=186(eng ext)
Zach's original Youtube taken down 186 days after the car crash on the 186th day of the year.

Eventually I will get around to watching this film, I just have so many others I'm trying to catch up on as well. Funny too that my favorite kind of pizza is Canadian Bacon with Mushrooms.
Posted by The Mindless Freaks(Dan Behrendt) at 8:05 PM No comments: