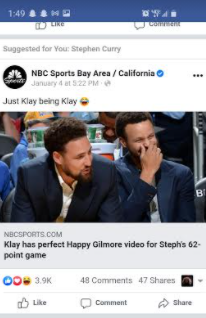 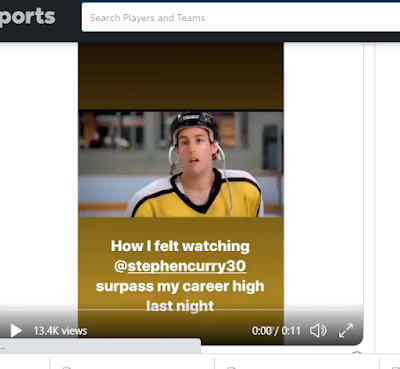 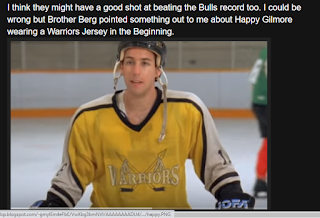 It's funny that Klay Thompson would post a video about Happy Gilmore with Stephen Curry's 62 point game...
Recall we pointed out the connection of the Warriors to Happy Gilmore years ago as Happy wears the Warriors jersey in the beginning of the film.
The Warriors originally from Philadelphia...The Comcast Center looking building falls over on the Earthquake Golf Course.