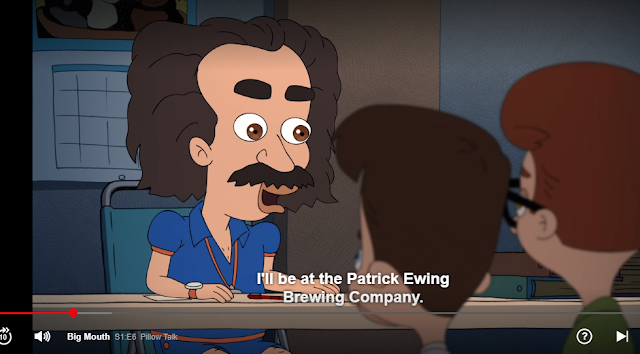 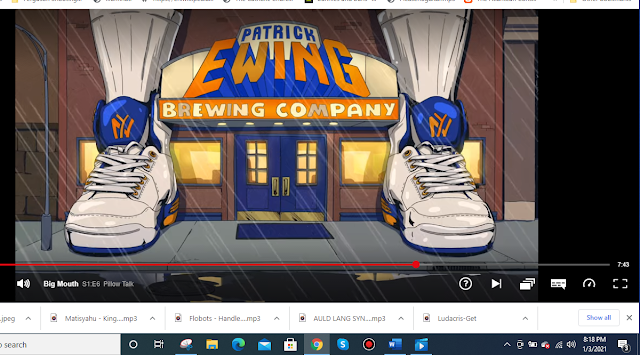 What are the odds of this? So earlier today I made a video about MF Doom in connection to Patrick Ewing and Allen Iverson...I mentioned how I think there is an importance to Bridges...and I also pointed out that I have recently watched the show "Big Mouth" and the opening scene shows the school is called "Bridgeton"....
So my kids were up my butt all day and I haven't been able to get back on the computer until now. It's also about impossible to eat anything until Alistair goes to bed...so a little bit ago I put him to bed and figured I could finally eat...While I was eating I figured I would turn on Netflix and keep watching Big Mouth as I think it's actually pretty good..As I'm watching the episode the coach mentions how he will be at the Patrick Ewing Brewing Company...and then later in the episode they actually go to the Patrick Ewing Brewing Company.....
What are the odds that Patrick Ewing would be mentioned on this show at all? I mean he was a famous basketball player 20+ years ago..and out of all the players this show would mention it was Patrick Ewing? It's mind blowing. I guess reading about the plot on Wikipedia it's based on the lives of the writers, but still..I had no idea this show was even set in New York until just now..and I had no idea Patrick Ewing was involved in the show...or randomly start watching it before Patrick Ewing becomes important to a narrative.
Big Mouth=95 and 41
The show currently has 41 episodes...
The voice of Patrick Ewing is done by 41 year old Jordan Peele.
Patrick Aloysius Ewing=95
Knicks=41 and 95
Halloween=41 and 95
MF Doom died 9 months 5 days before Patrick Ewing's bday.
The episode is called Pillow Talk..
Pillow Talk=41 and 260(FB)
Allen Ezail Iverson=260
Georgetown Hoyas=260(FB)

Georgetown Hoyas=64
Patrick Ewing=64
Today is 64 days after Halloween. Or a span of 65 days which was important to Allen Iverson.
Big Mouth=188(FB)
Patrick Ewing=188(FB) and 188
Dan Behrendt=188(FB)
This number makes me think of the Illuminati.
Bavarian Illuminati=188

It's also interesting that the main character Nick is based and voiced by Nick Kroll....Notice his bday is 6/5...and he went to Georgetown...That's crazy stuff.
Notice he is currently 42 years old..
Georgetown=42
Nick Kroll=42
Looking at the history of the neighborhood Georgetown it says that Francis Scott Key was from there....Also John Kerry currently lives there.... 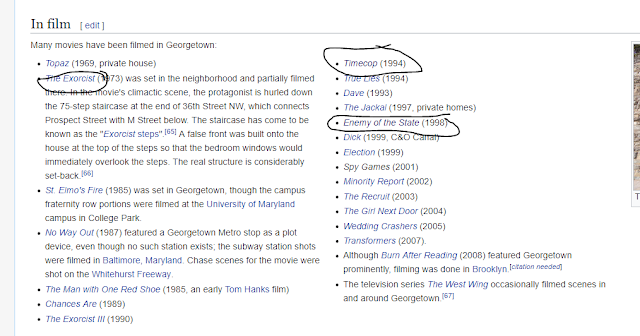 Posted by The Mindless Freaks(Dan Behrendt) at 9:41 PM