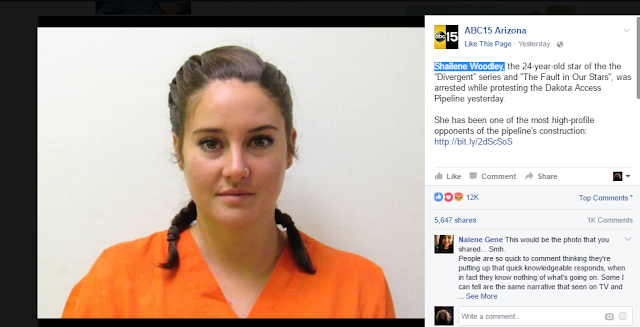 I've been seeing this story a bunch on Facebook today. Apparently the girl from the Divergent Film series was arrested protesting the Dakota Access Pipeline.

Here's a video I recorded off of Facebook of it as well.
It's funny because I talked about the lasest Divergent Film a while back as it's all about Chicago being controlled by a man know one knows about. They are trying to start a Civil War between the City and what not. It's really obvious and similar to what our media and true world have been propangandizing us with as well.

Once again though the Chicago reference makes me think of the Cubs.

This pipeline of course is set to end in Illinois as well. I've also mentioned a big native american theme I keep seeing. A big part this pipeline is the State of Iowa.

Notice she was arrested in Fort Yates, North Dakota.
Fort Yates, North Dakota=85, 94, 103, 256
Curse of Rocky Colavito=94, 103, 112, 256
Cleveland Indians=94..Had 94 regular season wins.
Billy Goat=103...Cubs had 103 regular season wins.
The Baseball Strike in 94' was 256 days after Michael Jordan's first game..
The first ever Baseball game(scrimmage) in Hoboken, New Jersey was 256 days before the first ever baseball game between 2 teams.
Two Thousand Sixteen=256
She was also at the Standing Rock Sioux Reservation. The native american theme I've mentioned involves the town I live in and the Omaha Indians. The Omaha's brought the Mormons to Council, Bluffs (famous starting point of the Mormon trail) by an illegal treaty in which they thought the Mormons would protect them from the Sioux.
Omaha Indians=54, 108 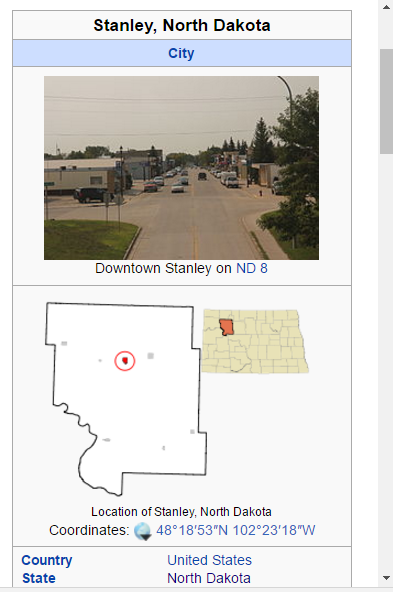 Shailene Diann Woodley=97, 214
Notice she's also famous for the film "The Fault in our Stars".
Curse of the Billy Goat=97

Remember too we just got the supposed Real Life Fault in our Stars couple die just days apart. They owned a house in Flemingsburg, Kentucky. I mean they had Cystic Fibrosis and lived in Flemingsburg? What a joke.
Fault in Our Stars=61, 214
Dalton Prager=59, 131
Katie Prager=57, 111
Championship=131
World Series=57
There has to be something more connected to this that I'm not seeing at the moment. I knew this story was important though as it Dalton died the same day as the Minnesota Mall/Trash Bomb stories.


Posted by The Mindless Freaks(Dan Behrendt) at 1:09 AM