I just uploaded a video in which I talked about Robin Williams/810/811 and my first Youtube video taken down back in 2014 about Baron Munchausen.
Notice the film I am referring to came out on 3/10 in the United States haha.
I might have to rewatch this film.
My video also involved Ramona Quimby Age 8.
Ramona Quimby Age Eight=911(satanic)
Remember how I've talked about Beverly Cleary in the past year as well.
She turned 102 years old on the 102nd day in 2018.
102 is synced up to 9/11..."Al Qaeda"=102 the attacks lasted 102 minutes and so on...

I deduced from the video years ago that 9/19 is something significant and thought maybe Queen Elizabeth II would die on that day. I'm only bringing it up as the year 19 seems to make sense with that date as well.
9/19/19... 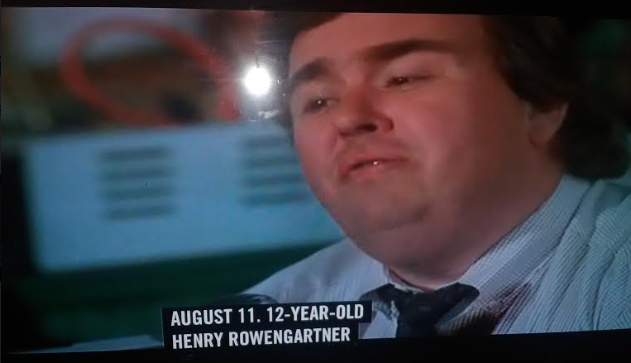 As I'm sitting here writing up this blog post I hear the TV say August 11th....The film "Rookie of the Year" is on and I guess the kids first game just so happens to be August 11th.

Intersting it's John Candy as well because he died on 3/4 which is the day Corey Felman defended Michael Jackson and the same day Luke Perry died.
Daniel Stern revives Rookie of the Year Character

I also talked about the film Rookie of the Year in 2016 in connection to the Chicago Cubs and the World Series.

It's also interesting there is the Munchausen Trilemma which is what I've said forever. Basically there is no end to Truth as it can be proved, but always more to learn.

The original copyright claim on the Baron Munchausen video was also on March 15th..the Ides of March...the day we got teh FIU bridge collapse...New Zealand shooting.

Posted by The Mindless Freaks(Dan Behrendt) at 3:33 PM