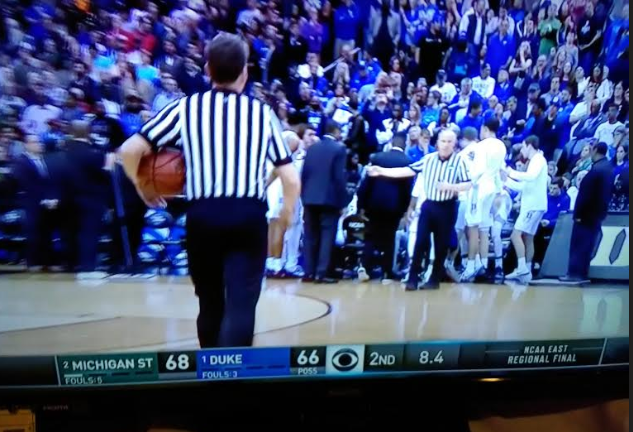 While watching this game I couldn't think of any other scenario than Duke losing. There was 8.4 seconds on the clock and then Duke got fouled and only made 1 free throw to lose the game with 67 points.
Michigan State Spartans=84
I can't find it on my blog now...but I swear I wrote somewhere that "Michigan State"=222 when I was talking about the importance of that number with the Like Mike and Basketball theme?

I don't follow Zach's Patreon but didn't he say Duke was going to win it this year or at least hinted at it?  I swear it's something to do with that "Flip the Script" theme. I wouldn't doubt it nothing happens on 8/10 or 8/11, but something else connected to it does. Just like how they made it seem he picked the Vikings and Colts  and they both lost by 25 points the same day his house was crashed into. The Super Bowl that year was all about 25.

Remember though Flipping the Script was part of the script too.

I'm thinking about Zion as well in regards to Jerusalem...
Think about have Rastafari's and Jews don't eat PORK(PIG).
Rastafari's use the term Zion as Ethiopia...

Posted by The Mindless Freaks(Dan Behrendt) at 8:57 PM