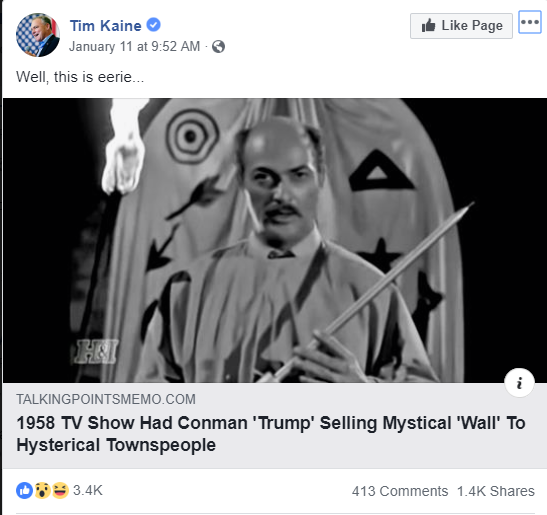 Some people have showed me this tv show where they mention Trump and the Wall from 1958.
I saw it shared by some other people I know today too so I figured I'd look at it again. I do remember watching this when Trump was first elected too, so interesting it's being pushed again on Social Media.
Once again though it's something they want people to see. I mean a guy like Tim Kaine sharing this on Facebook means they want people to see it. They write it off as "coincidence", but we know that's not the case.
Right away what sticks out is that it came out in 58'.
Remember Trump won the 58th presidential election. He hired 58 year old Steve Ray to announce the inauguration instead of Charles Brotman. Became president on 1+20+20+17=58
He announced he was running from the 58 story Trump Tower.

Plus don't forget everything about Trump winning the election was connected to the Wall. Winning on the anniversary of the announcement of the Berlin Wall coming down.
Wall=48
Donald Trump=48
Mexican American War ended in 48'.
It was the biggest election upset since 48'.
Cleveland=48 just lost in the WS and hadn't won since 48'.
We had the closest Super Moon since 48' just after he won.
Pence became the 48th Vice President.
Pence from the land of the Indian important to the WS, and Trump's national convention in Cleveland just after King James wins the NBA Finals on the real King James bday.
Illuminati=48=Freemason

They come out with the gameshow the Wall just after he wins with Lebron James(King James). The Cavs visited the Whitehouse the same day Trump did after winning.
Lebron James=923(Jewish)...he calls Trump a Bum and then Trump calls out the NFL for not standing on 9/23 and a lot more. 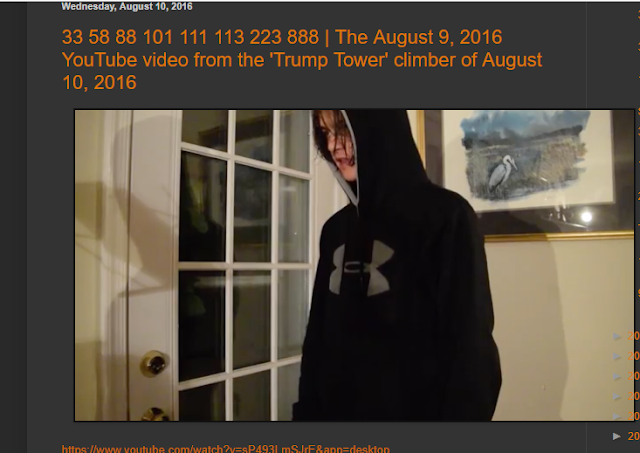 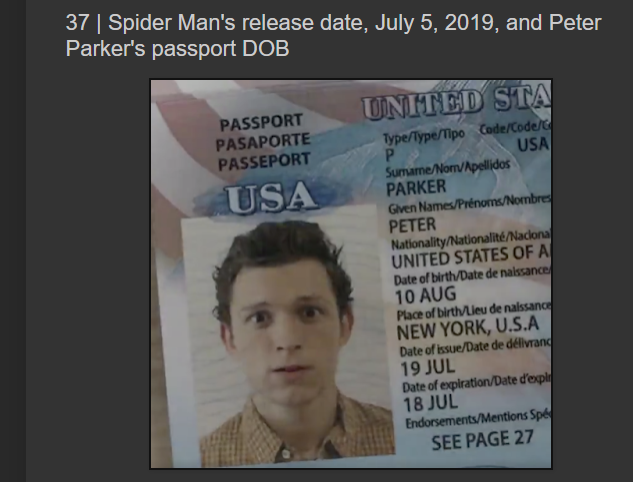 On a side note I was just sitting here thinking about the kid who climbed Trump Tower in 2016. I noticed he did it on August 10th which is 58 days(end date) after Trump's bday. But think how we've been mentioning this date as being important in 2019. It's the day Rocky Colavito was born which the Indians sync up to Trump.....but doesn't the kid climbing Trump Tower remind you somewhat of Spiderman? Apparently on the new Spiderman it shows his passport with the bday of August 10th too.
Peter Parker=164....the number I keep talking about...

August 10th the 222nd day of the year....possibly why they shutdown Gematrinator.com 222 days after Derek's bday and deleted his youtube on 2/22.

Also all the stuff I was talking about with the Comcast Center in Philadelphia. The Comcast center is 58 stories as well.
58 and 85 were the big earthquake numbers I mentioned a long time ago.
Comcast Center=58

It's funny how I didn't even mean to add all of this stuff, but the End of the World episode fits right in with it.

Posted by The Mindless Freaks(Dan Behrendt) at 12:36 AM