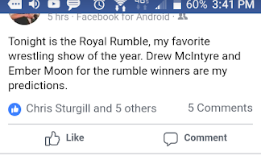 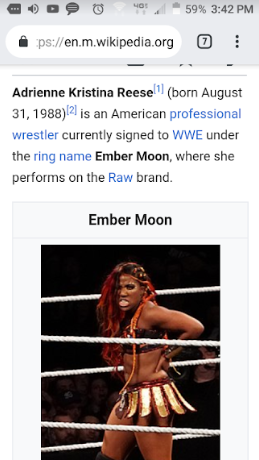 I've been so busy lately that I forgot about the Royal Rumble being on tonight. I was at work looking at Facebook and saw my friend posted how he thinks Ember Moon is going to win it.
If she does win that will be interesting.
Remember Royal Rumble is synced up to the Royal Family and Earthquakes. Ember Moon has a bday of August 31st which is a big day I have talked about with Earthquakes...Day Apollo Creed died in 1985 which was 99 years after the worst East Coast Earthquake recorded. Also Princess Diana dying on that day.

Notice the theme song is by "Zayde WOLF"...this comes just after the Wolf MOON.... 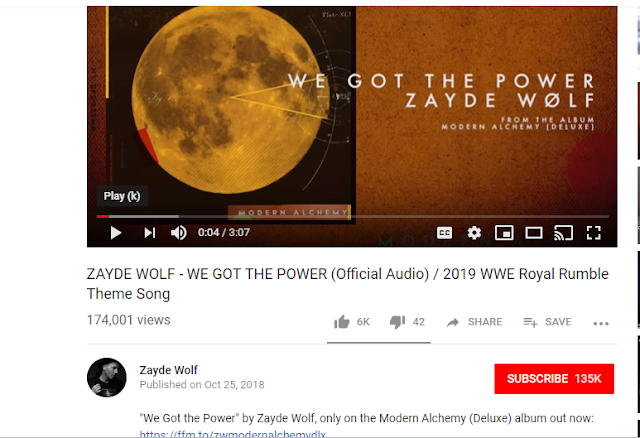 This artist isn't even on Wikipedia. They do have the song uploaded on their Youtube and look at the album cover. It's of course a picture of the MOON. The album is Modern Alchemy?

Probably won't watch this until a later date, because I have a band gig tonight and won't be home until late. I'm interested to see what happens and who the winners are though.

Posted by The Mindless Freaks(Dan Behrendt) at 5:02 PM