Haha I'm not sure if this is close enough to a connection to the Dakota's that I just blogged about...but I went to CNN and I see a story of another college student dying in a Fall.
She went to Briar Cliff College which is only an hour from where I live in Sioux City, Iowa....Sioux City/Sioux FALLS

So she falls off a CLIFF and went to Briar CLIFF.
Remember they just brought back that family driving over the CLIFF story connected to Bret Hart...
That story being in California has reminded me of Cliff Eberhardt who lives in California for some reason too. Funny I see on his Facebook it says he's from Chattanooga too.

It's a Catholic School.
Arkansas=84
Briar Cliff=84
Jesuit=84
She died 8 months 4 days before Pope Francis' bday.
Remember the last girl who died falling from the Clock Tower went to the Jesuit Fordham University.
Andrea Norton actually died the day before Sydney Monfries too. 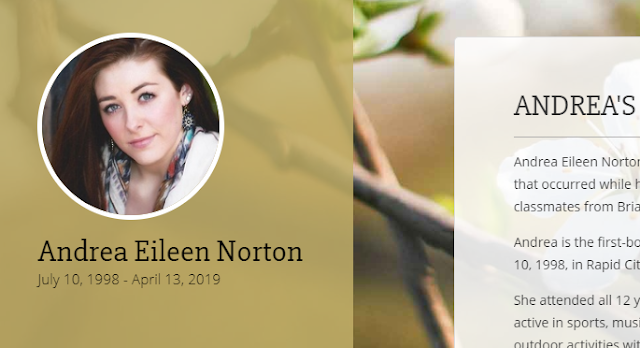 She was even from Hot Springs, South Dakota.
Notice it's in FALL River County too.

Also I never thought about it until now, but it would make sense for Pope Francis to live to age 84 considering he's the first Jesuit Pope.
Posted by The Mindless Freaks(Dan Behrendt) at 1:46 AM