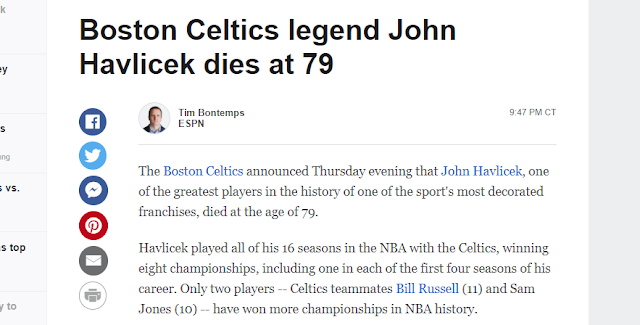 Notice too that he died 17 days after his bday.
He was famous for wearing # 17.
NBA=17
The Celtics currently have 17 championships. 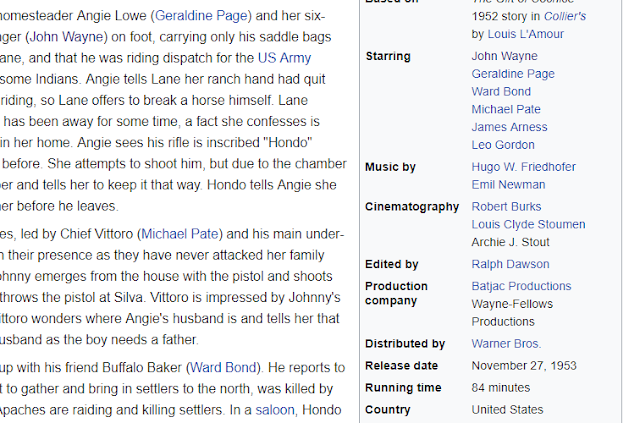 Notice he also dies 65 years after the film came out.

He also dies 65 days after we got the story of John Wayne being a Racist back in the media.

Also one of the most memorable plays of John Havlicek was in the 1965 Eastern Conference Finals when he stole Hal Greer's pass and they wont he game over the 76ers.

In light of the John Wayne connection to "65"..
Philadelphia=65

I swear there has to be a riddle with Wayne being "Duke" and Duke losing to Michigan State... Could it mean the favorite will be upset? I need to think more about the John Wayne Riddle, but I'm too tired tonight to think. Would it be the Space Cowboy thing I've documented in connection to the Rockets for the last few years finally happening?
Posted by The Mindless Freaks(Dan Behrendt) at 11:51 PM