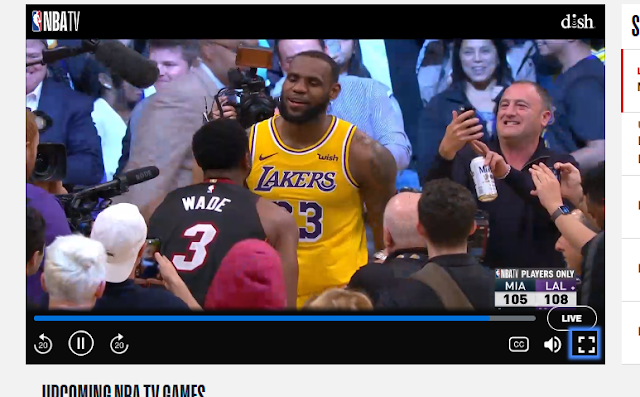 The Lakers got their 17th win of the season against the Heat tonight. The game was a big tribute to Dwayne Wade.

During the game Wade said that the record against him and Lebron is 15-15....so this means Lebron just got his 16th win against Dwayne Wade. This is Dwayne Wade's 16th season in the NBA.
Heat=16
Notice last time the Lakers played the Heat it was both teams 16th game and the Lakers won by 16 points.
The Lakers became 9-7 and the Heat scored 97 points.

I thought maybe they might go with the 16-11 narrative with the King James stuff. Plus Lebron could've got his 17th loss to the Heat tonight.

I'm also thinking about the article of Steph Curry saying the Moon Landing was Fake. Remember the Stoneman Douglas shooting was all about the Moon the number 17 and Dwayne Wade.
Posted by The Mindless Freaks(Dan Behrendt) at 12:13 AM