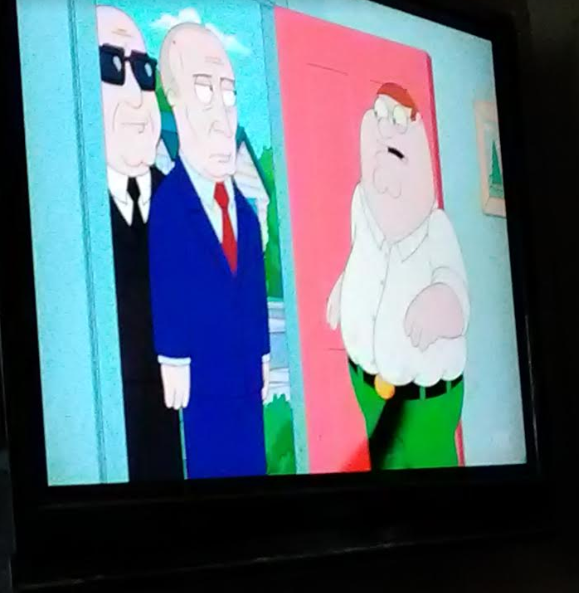 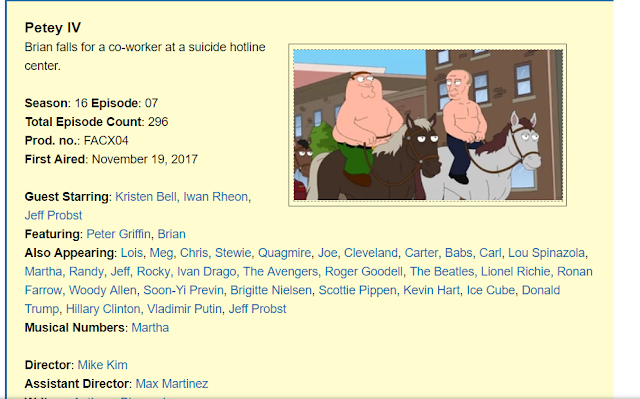 So yet again some weirdness in regards to Family Guy. I just sat down after work and I start looking into Trump and Putin's meeting. I stopped for a second and looked at the TV and Family Guy was on again. Of course it was the episode where Putin changed the story of the film "Rocky". It's not on live tv either as my girlfriend is watching it on HULU...so it's not being played because of the recent meeting.
I know I have documented about this episode with the Rocky stuff a while back, but I can't seem to find the post on it? Possibly I just looked into the episode and didn't blog about it? I know I looked at it before the Super Bowl because the episode has a connection to Tom Brady and I was talking about Rocky being important to Philadelphia.


In regards to Rocky...remember the character and Sly Stallone born on July 6th...6/7 which is Eastern Orthodox Valentines.
Valentines=67
Family Guy was also originally canceled after the 49th episode that aired on Valentines Day 2002.

The Summit hosted by the Finland president...

The Summit came 39 days before his bday too.

The Trump-Putin Meeting was held at a perfect place.
Helsinki=48(rev red)
Russia=48
Donald Trump=48....see above.