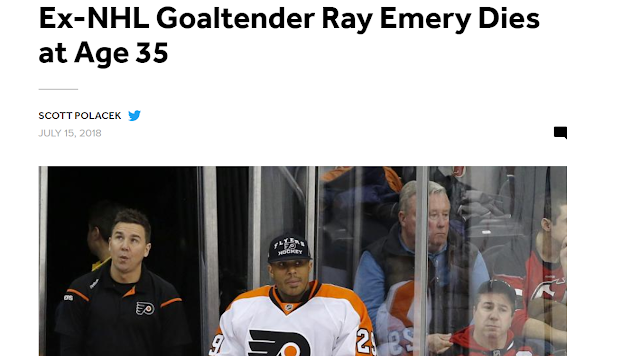 I just talked about XXXTentacion's cousin supposedly Drowning and the connection to Drowning Pool the band. Now we get the death of a hockey player in a drowning as well.

The media is reporting about him being a Philadelphia Flyer mostly, although he played for other teams.
Philadelphia the city of Brotherly Love....Valentines...
Also he was the goalie which reminds me of Goldberg on the Mighty Ducks who says he's gonna be moving back to Philly yet it's never mentioned again in the film.

Posted by The Mindless Freaks(Dan Behrendt) at 4:42 PM