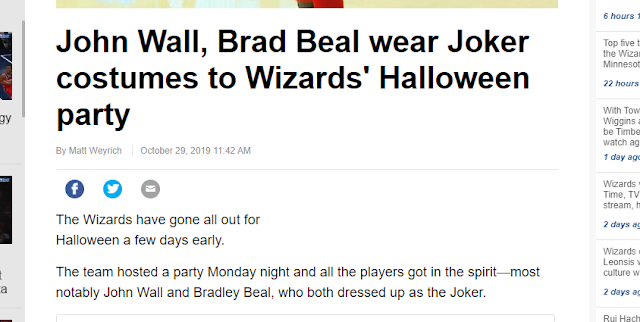 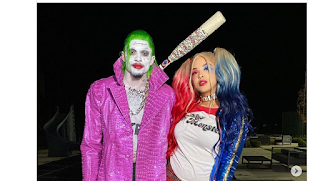 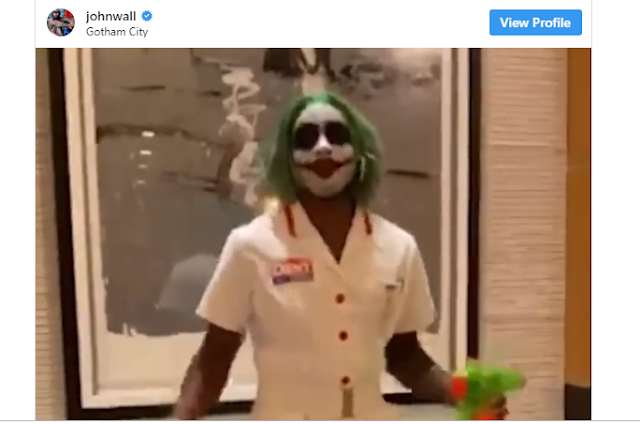 Bradley Beal and John Wall both dressed up as the Joker for Halloween? Come on haha. Think how Game 7 of the World Series the Wizards and the Rockets had the epic 317 point game. Bradley Beal was the best player for the Wizards that night.
John WALL...The Great WALL of China...I mean
I only discovered this because I snapchatted my best friend a bit ago with LeBron James' "It" Halloween costume from last year. I was joking that LeBron had a White face so he was doing Whiteface the opposite of Blackface. My friend being a Wizards fan laughed and then told me that Bradley Beal was the Joker...so here I am looking it up.

Wizards=177(FB)
Remember I just documented about this number, but not sure why it's important yet.

Ha..."Donald John Trump"=177(ALW)...been saying these ciphers might be important in recent things too.
Donald John Trump=76
Joker=76
The Joker premiered on 8/31/19 at the 76th Venice Film Festival.
It came out in America 76 days after the anniversary of the Batman Shooting.
Barack Obama=76(He was president when Trump said he was Batman..also president during the Batman shooting).

Posted by The Mindless Freaks(Dan Behrendt) at 7:48 PM