I've been super busy lately and haven't had much time to look at anything. Then when I finally had time I couldn't do it because Windows 10 did a crazy update and messed up the fonts. I just figured out how to make it better, but it's not setup how I'm used to. (The above picture looks fine now, but before it was crazy looking).

All of my fonts on everything looked so blurry it was hurting my eyes to try and read any story. I have really bad eyes to begin with(glasses since I was 5) and have had the same glasses since 2005. I've been telling myself to go get a better prescription for years, but just keep putting it off so I don't have to spend the money.

Anyway I've also been experimenting a bit trying to figure out this system. On January 19th my girlfriend and I went to the Casino and I actually won a bit of money for the first time ever at this casino. I wondered why it was important to that day...
Remember my mom won $15,000 at this Casino 130 days before her bday on 1/30 and her maiden name equals 130. She won on 9/22....

So yesterday they had a special thing going on for Valentines day where you got 14X the points on your card. I figured "Valentines"=67 it might be a good day to go and see what happens. Especially too since I've been talking about the importance of Valentines.
I waited for my phone to charge to 67 percent which oddly enough happened at 7:06pm and then I went in to the casino. While I was waiting for my phone to charge I was listening to the Gematria Effect in the car. It was almost to 67 percent and Jeremy White called in talking about Fort Knox. I thought to myself that's interesting as there is a machine in the casino called "Fort Knox". 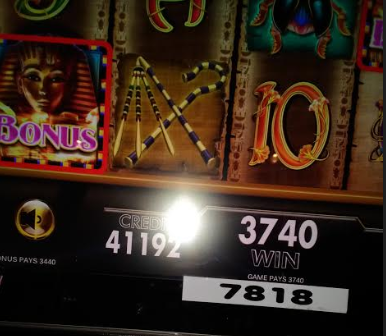 So I wanted to play Fort Knox when I got in the casino, but some old people were playing the 2 machines for a long time. Eventually I sat down at 1 of them and after only a few spins the screen turned black and malfunctioned. A guy came over and got my money back and then turned it off. I figured that can't be a coincidence so I went to the other machine and I won more than I have ever won at that place by far.
So who knows need to keep experimenting with stuff like this. I wonder if a day with 67 numerology might be a day to try as well and see if the pattern continues. It seems that 67 might be an important.
2+26+20+19=67
It will be 108 days after my bday.
Sixty Seven=108

Looking at it even more my mom won big 1 month 19 days before my bday. Then I won 119 days later on 1/19.
Remember how I had that crazy arm infection the day she won as well and had to go to the hospital for the first time in years.
Nineteen=40, 130
Valentines=40
Behrendt=40
One Hundred Nineteen=95
Dan Behrendt=95
Daniel Edward Behrendt=95

Posted by The Mindless Freaks(Dan Behrendt) at 1:30 PM