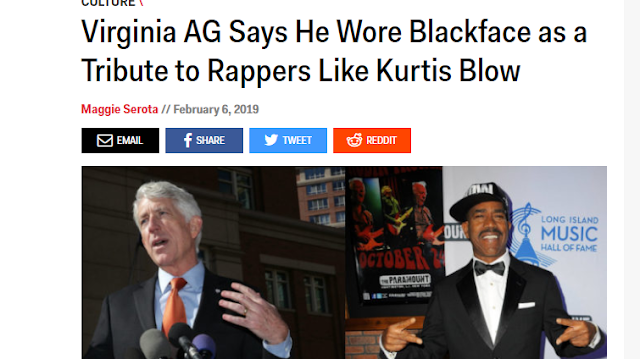 Thinking more about why this story is important.
In my Youtube video where I talked about Kurtis Blow a big piece was all about the KING symbolism. Then Kurtis Blow in the news on Queen Elizabeth's 67th anniversary being the Queen.
Blood Sacrifice=67
It's 2019...the 19th prime is 67.

Virginia=89
Kurtis Blow born on 8/9.
I keep saying it's connected to what I documented in 2015.
The Queen was 89 years old in 2015 and it was a big thing I talked about a lot in regards to her.
The film Field of Dreams came out on her bday in 89' that was showing us the Earthquake World Series.
Taylor Swift the QUEEN of the VMA's with her Album "1989".
Taylor Swift=Beyonce Knowles=Queen Elizabeth II...Kanye sang the Queen song at Glastonbury which is why he went to the White House just before the Bohemian Rhapsody film came out.

In my video about Fleetwood Mac I talk about the number 127 a bunch too. Danny Kirwan died 127 days before the story of Lindsey Buckingham suing Fleetwood Mac.
Buckingham Palace=127
King Arthur=127
Lindsey Adams Buckingham=127

The reason this sticks out is because the Lindsey Buckingham story came out 127 days before Michael Jordan's bday.
Remember Michael Jordan is super connected to 127.
Jordan played 127 games with the Birmingham Barons coached by Terry Francona(Indians).
The MLB strike happened 127 days after he joined the Barons.
The Bulls retired his jersey(23) 1 year 27 days after he retired.
Retirement=127
He retired from baseball on 3+10+19+95=127

In 2016 we got the story of 127 people being arrested at the Dakota Access Pipeline when the Indians were in the World Series. They lost the WS on the 127th anniversary of North and South Dakota becoming a state.
North Dakota=127
Curse of the Billy Goat=88 and 8/8 was the 127th day of the season in 2016.

It's also interesting that the video in between the videos I was referring to is my video explaining why the Nebraska Cornhuskers/Teen Wolf are important to this year.
Michael J Fox=52
Wolf=52
The Teen Wolf stuff important to the NBA All Star Week in 2015 just before Michael Jordan turned 52 years old.
Pope=52...remember he visited the White House on 23/9.
52nd prime is 239.
White House=52
President=52
Government=52
Queen Elizabeth II became queen age 25 in 1952. 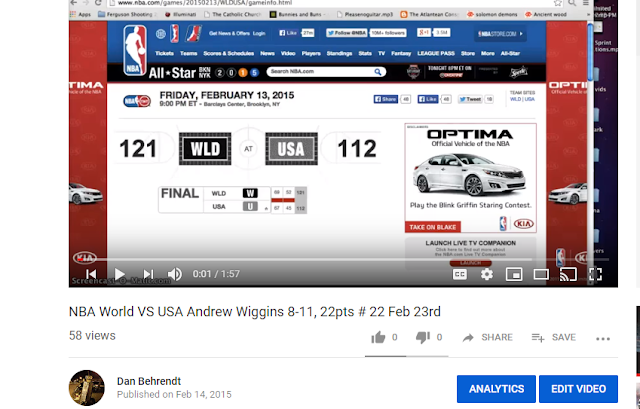 I went back and was looking at my Michael Jordan playlist and the first video I have in it is about the 2015 Rising Star Challenge. In the video I pointed out how Andrew Wiggins(Teen Wolf) shot 8-11 and Zach Lavine(Teen Wolf) shot 9-11....how interesting. Back then I talked a lot about the combination of 8 and 11 being an "88" because 8X11=88 which was a huge number I was following and how I discovered that coding letters into numbers was important way back whe.  "Heil Hitler"...HH...88 which is why Neo Nazi's loved the number 88.
Also in this video I showed how Lavine and Wiggins both scored 22 points. Andrew Wiggins wore # 22....just thinking how the story of Bow Wow was on 2/2 which was important..."Basketball"=22
Remember American Pharaoh also synced to 811.

Remember Youtube blocked this video on 12/19/18 about Teen Wolf/Nebraska Valentines that I put out on the 52nd day of 2015.
It was also 56 days before Lupercalia begins..
Wolf=52, 56.
Cornhuskers=52
Valentines Day=52
Teen Wolf=35=Nebraska...
See how it all fits together?
Jordan was 52...Princess Charlotte born on 5/2...Jordan owns the Charlotte Hornets where the NBA All Star week will be held this year with the All Star game on his 56th bday.
Think about it...this started when he was 52 and now he will be 56..
Wolf=52 and 56.
Plus all the Philadelphia stuff with Jordan/Earthquake...
In 2015 Obama met with the leader of JORDAN on Valentines Day and Michael Jordan went to a PRINCE Concert on 23 Wall Street. The next year Prince dies on Elizabeth II's bday..
Jordan wore #45 because Valentines the 45th day....he wore #12 for one game because his jersey got stolen on Valentines day.
That's why Bill Murray was in Space Jam too..because on Ghostbusters II they talk about the End of the World on Valentines Day.....
Chicago where the Valentines Day Massacre happened...Jordan/Murray....
He gets sucked in the hole while Golfing on Space Jam...
In 2015 JORDAN Spieth won the Masters...
Then we had Olivia JORDAN win the Miss USA...
Think about Jordan's connection to the Wizards as well in regards to the recent John WALL injury.

I'm gonna re-learn a bunch of my old information as I know it's important. Even the American Pharaoh story was all about 52 and the Queen.
The month of February has a alot of interesting days that I'm watching for.
February=48(rev red) and 120(reverse)
It makes sense to all the Wall symbolism(Jordan's bday on 48th day)....Plus the Wolf Moon on 1/20 synced to everything.

Posted by The Mindless Freaks(Dan Behrendt) at 1:10 AM