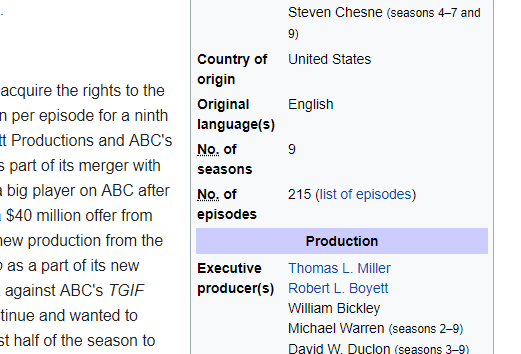 In thinking about my copyright strike and the connection to the Aurora shooting there has to be something with my videos about Steve Urkel in 2015.
Notice Family Matters aired 215 episodes too...today is 2/15...2015....
I mentioned in one of the videos how there was a suburb called Aurora in Chicago and how it reminded me of Aurora, Colorado. I can't find it anymore, but I know I had something documented about the amount of miles apart the 2 towns were and it's importance....I also talked about how Urkel uses a Rocketpack and lands in Port Washington, Wisconsin(Step by Step). He then was on the episode of Step by Step following Family Matters on TGIF. He was also on Full House and so on....
Anyway I know that this is important because in 2017 I went as Steve Urkel for Halloween. I didn't paint myself black but I wanted too, because it didn't make sense not to. Since I am white as can be everyone just thought I was a nerd and didn't get that I was Steve Urkel.
Just thinking how the Blackface stuff is important to what I've recently documented... Also my belt broke at work yesterday and I told people that I was going to wear my red suspenders from this costume instead of buying a new belt.

I have however painted myself black before on Halloween when I went as Dennis Rodman on his wedding day. It was in no way meant to be racist, it's just being the best character I can be. I go all out on Halloween, I don't half ass my costumes. Such as when I was Jesus I made a giant Cross out of Wood and carried it around all night, or when I was Party Boy from Jackass I wore an an assless thong and had a cd player with the Party Boy song playing. Most people would just wear the break away pants and so on..
If I went as Shrek and didn't paint myself green would anyone get who I was?

I can see why people would be mad about something like this and I am sorry if it offends you, but I also do not see the problem if you aren't doing it in a racist manner. I wasn't making fun of black people by any means. I was making sure people knew who I was in my costume. If people are mad about someone doing this, then they should be mad at Bruce Jenner pretending he is a woman too.(Or Rodman dressing up as a Woman). The only reason racism exists is because people are continually programmed that it exists which in turn keeps on creating it. I mean it's always going to be noticeable that people are different, but it's not something that should ever be made a big deal of. I notice when someone is Fat, Skinny, Freckles, Hair Color, Boy, Girl and so on....it's not just skin color. All people are people, but there are also different types of people. This doesn't mean people with similar attributes are all the same people.  It doesn't mean you are a bad person for noticing something about a person that is different than you.
I'm also reminded of the year I was Jesus for Halloween. A guy got mad at me because his Lord and Savior wouldn't be at the bar drinking beer. I told him that Dracula wouldn't be drinking beer at the bar either, but he's here.

Urkel was one of my favorite shows as a kid along with many other things that were supposed to be created for the culture I didn't belong to. If anything shows like that are the reason I am not a racist dickhead like many people I see everyday. I don't even think they mean to be racist, it's just that programming I am talking about.

I remember I was a toilet a long time ago too and I painted my face black with peanuts in it as I was the poop. My friend Matt who is black wasn't mad about it at all. He asked me what how it felt to be black around a bunch of white people in a jokingly manner. I never even thought about how my face was being racist the whole night, as I was just "Poop" with my costume.

Anyway when looking at Family Matters I noticed that Steve, Eddie, and Laura in real life are all age 42 currently.

Plus remember Trump said he was Batman in the Iowa State Fair Helicopter when all of the Batman stuff was going on. Now he declares a national emergency on this same day of the AURORA, Illinois shooting.
In my old Sandusky stuff I mentioned how Aurora is the goddess of the Dawn....Dusk/Dawn...Batman Shooting(Aurora)...SANDy Hook....Sand Dusky.

The reason I know it's important is because I was Dennis Rodman in 2011 for Halloween and the video that got me a Youtube Strike was from 2011 too.

We will see how it plays out. I wonder if we get a story of one of these people soon.

Posted by The Mindless Freaks(Dan Behrendt) at 6:20 PM