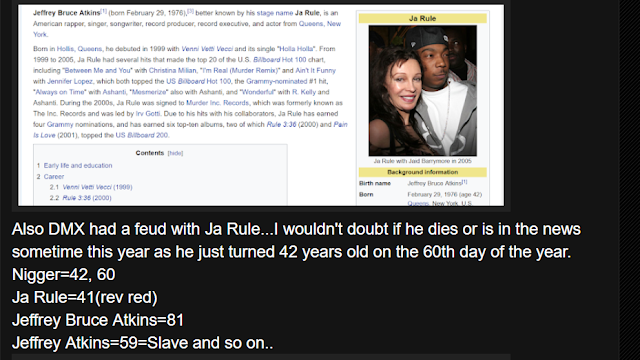 I documented back in March 2018 that we will probably see Ja Rule in the news as he is 42 years old. It was in regards to DMX going to jail. Here we are getting a Ja Rule story while he is still 42 years old.
Halftime Show=59
Jeffrey Atkins=59
It was the Bucks 59th game of the season.

How perfect for this to happen to Ja Rule and the next night(tonight) they make fun of his Fyre Festival on the Oscars.
Notice the Oscars doesn't have a host tonight and it opened up with Queen playing "We will Rock You". How fitting to what I have been saying.
Oscars=42 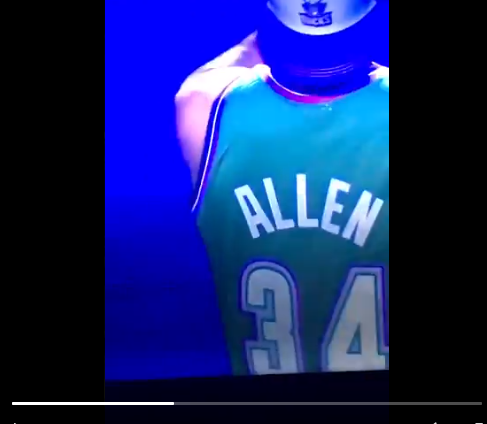 Ja Rule is also wearing a # 34 Ray Allen jersey for the Bucks which is interesting too. Right now the Bucks star is Giannis who wears # 34.
Bucks=34
Ray Allen=34

Ja Rule says he cursed the T-wolves on Twitter.....it just makes me think there is something important to the original Teen Wolf Kevin Garnett. Allen and Garnett playing with each other in Boston. Garnett is currently 42 years old as well.
Remember the death of Flip Saunders was a lot to do with 223 and this game was played on 2/23.
Flip Saunders bday was 2/23 along with former Teen Wolf Andrew Wiggins.
Saunders announced his cancer on the 223rd day of the year which is also 8/11.
I can't remember it all, but even the Tribute game to Flip against the Lakers had a total score of 223 points.

All of that stuff connected to Teen Wolf/Space Jam....they just announced when Space Jam 2 will release...Also Marian Marcus pointed out the R. Kelly stuff is important as he wrote the main songs on Space Jam. "I believe I can Fly".

Posted by The Mindless Freaks(Dan Behrendt) at 9:18 PM