Think about how it's Super Bowl 52 as well.
Whitehouse=52
President=52(rev red)
Government=52

This story comes 255 days after Trump called out the NFL for kneeling as well.
Super Bowl Fifty Two=255 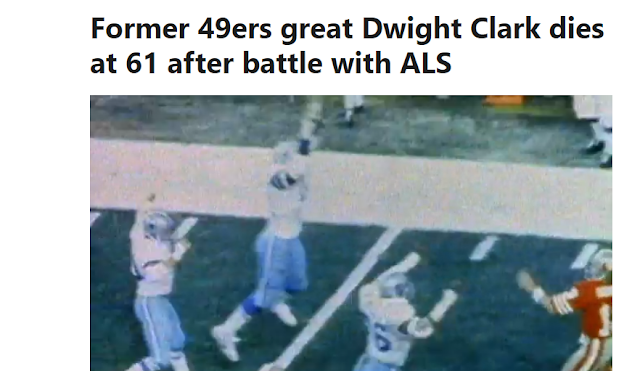 We also got the story of the death of San Francisco 49er Dwight Clark today.
Think about how the 49ers are connected to Kaepernick and the Kneeling during the national anthem.
Dwight Clark=64(rev red)
He dies on 6/4.

Of course this story is connected to Civil Rights..
Civil Rights=64
Civil Rights Act passed in 64'
Passed by "Lyndon B. Johnson"=64 and dies age 64.

Also think about Dwight Clark in regards to his famous "The Catch" when the 49ers beat the Cowboys.
Tom Brady was at that game when he was 4 years old. He just lost to the Eagles in the Super Bowl.
Tom Brady cried because he couldn't see from all the people STANDING.

He dies in Montana....lol and famous for playing with Joe Montana.

The 49ers even established 72 years ago on June 4th.
Think about the Gay Cake story earlier today...the ruling was 7-2 on 6/4. Civil Rights Act passed on 7-2-64.
Forty Niners=64
Remember too that they play in Levi's Stadium..
Moses=64(reverse)
Moses in the Tribe of Levi...Moses Freed the Slaves....Lincoln Freed the Slaves....
Montana played for the 49ers and then the Chiefs who play in the Sea of Red...
Moses parted the RED Sea.
Think about the number 49 as well.
Eagles=49
Black Panthers=49
I talked about all of this before Super Bowl 50 with the Black Panther vs the White Bronco. The Panthers established in the San Francisco Bay by Huey P. Newton...then we had Cam Newton in the Super Bowl.
San Francisco=50 and they hosted Super Bowl 50.

2015 was also the year of Pope Francis' visit to the White House on 9/23 at 9:23am and him arriving in America on his 923rd day as Pope. 9/23 this year is when we got the story of Trump calling out the NFL for Kneeling....Remember in 2015 the Pope finished his trip in Philadelphia on the Jesuit anniversary just before the 4th blood moon of the tetrad as well.

Posted by The Mindless Freaks(Dan Behrendt) at 4:13 AM