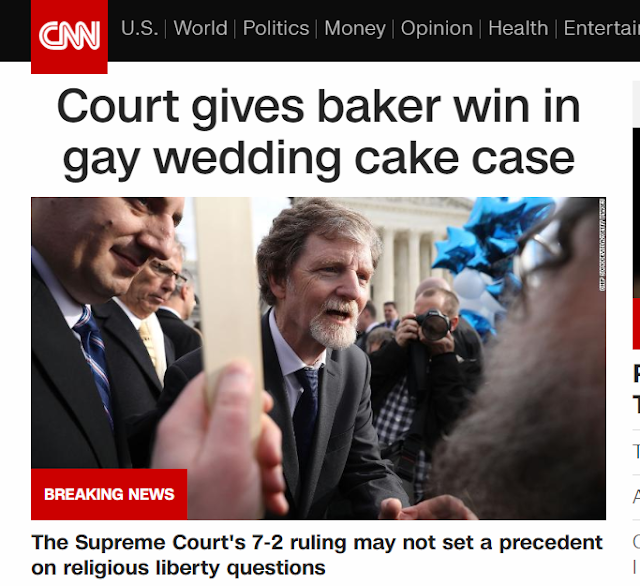 This story right away reminds me of what I saying with Sheldon/Jim Parson's gettting Gay Married around the same time they announced Roseanne making a comeback.
Roseanne canceled after the 231st episode.
Colorado Baker=231(reverse)

It's also super fitting the Judge has the last name of Kennedy and this case is about Civil Rights.
Today is 6/4.
Civil Rights=64
Civil Rights act passed in 64'
Lyndon B. Johnson=64(passed the Act) and died age 64.
MLK Jr=64 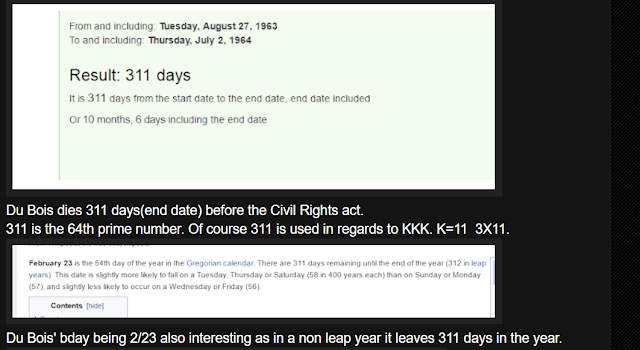 Kennedy assassinated 223 days before the Civil Rights Act was passed.
2/23 is WEB Dubois bday and also leaves 311 days in the year.
Dubois died on LBJ's 55th bday as well.

On top of all that the term "Baker" reminds us of the Gay Pride FLAG creator Gilbert BAKER. He died 6 months 4 days before his bday in 2017. 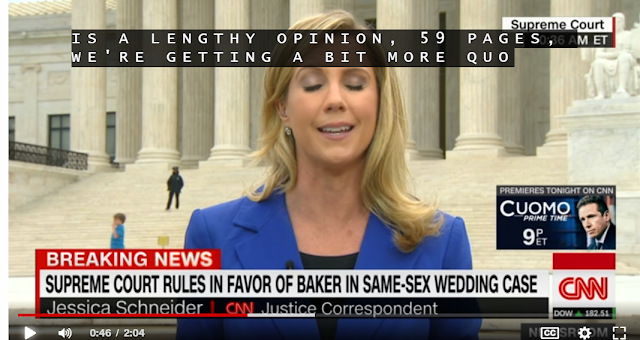 The ruling was 7-2 but only because Clarence Thomas concurred.
Notice he is the 2nd African American of the Supreme Court behind Thurgood Marshall.

Notice Thurgood Marhsall born on 7/2 in 1908.
So he was born the same year Lyndon B. Johnson was and on a date that syncs with the Civil Rights Act. He was even appointed by Johnson.

Posted by The Mindless Freaks(Dan Behrendt) at 1:11 PM