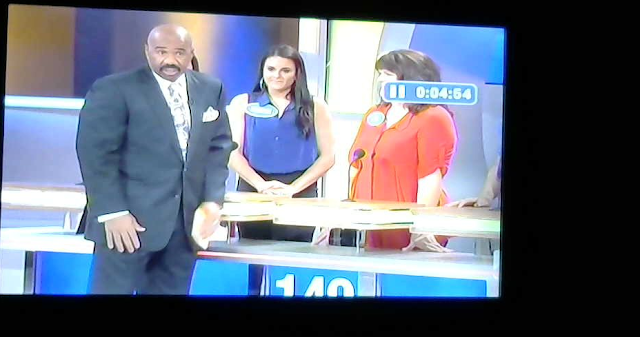 Ha just before starting this post I turned it to Family Feud as I was tired of listening to the infomercial that was on. Anyway I just heard Steve Harvey say....and your the mother of the TWINS?
It was the Pacheco Family...he was talking to Lisa...
The twins are Jillian and Nicole Pacheco.
Jillian and Nicole Pacheco=195
Minnesota Twins=195
Now he's talking to Jillian on the same family and just asked her if she speaks Korean, because she said she was a school teacher in South Korea.
South Korea=133=Minnesota(reverse)
They are playing the Oneal Family.
Oneal Family=113
Steve Harvey=150, 147(reverse)=World Series.

Posted by The Mindless Freaks(Dan Behrendt) at 2:04 AM