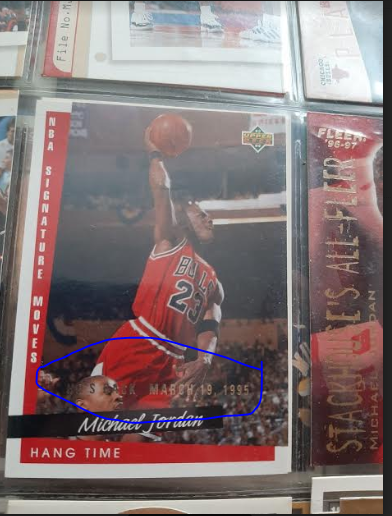 My friend Sturgill told me I should find my Kobe Bryant basketball cards, because they are going for a lot of money right now. I went to my old garage and found my cards, but for some reason I only have 4 Kobe's...I used to have close to 100, but as a kid I loved Nick Van Exel and I think I may have traded Kobe's for him...I have a ton of Van Exel's....so I guess I'm staying poor lol.
Anyway, I was looking at my Michael Jordan's, and something dawned on me....He came out of retirement on 3/18 saying I'm Back, but his first game back was on 3/19.
I'm Back=39

Posted by The Mindless Freaks(Dan Behrendt) at 5:13 PM