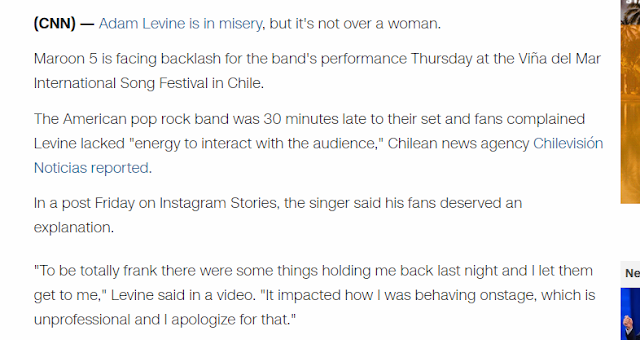 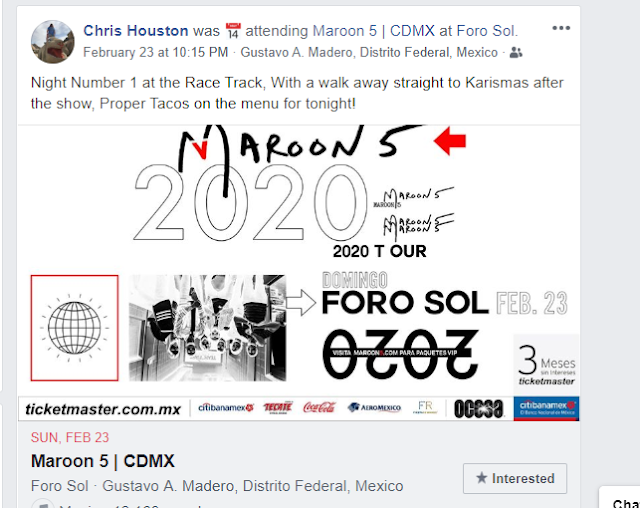 I just went to CNN and I see a story about the band Maroon 5 having a bad concert in Chile. Apparently they had a lot of problems with the monitors for Adam Levine.
This is really interesting to me as my cousin Chris Houston is actually on this tour running sound. He even does monitors mostly too. I'm not sure if he actually did the monitors for this show or if he is with another band at this concert, but he for sure is in Chile right now with this tour.

I also had an interesting experience with him last friday at my bands gig. He was in town to see his mom at UNMC, because she was back in the hospital. Our gig was just a few blocks away from UNMC so he came....I can't write the experience on here unfortunately, but what it involved had gematria of 50.....I also got a text earlier today from my friend/bandmate Pat that involved this night today.
I just find it funny as today is 2/29...
The 50th prime is 229.
Dan Behrendt=50
Blog Post about my Band Gig
I blogged a bit about my band gig that night, but there is more to that night with my cousin that like I said, I can't write on here.

Of the Sea....From the Sea...
He lives in San Diego/Ocean Beach....it just reminds me of Sea World.
Remember San Diego is where the HOUSTON Rocket are originally from too. 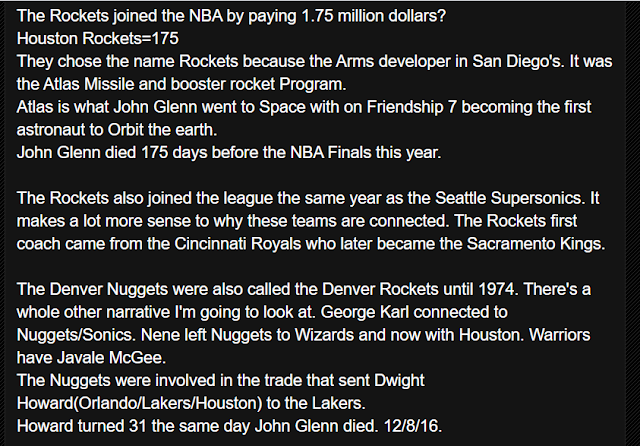 I forgot about all of this....
John Glenn died on Dwight Howard's bday...
The Denver Nuggets were called the Rockets at one time and Dwight Howard going to the Lakers invovled the Nuggets....think about the Batman narrative...Colorado...Nuggets....also John Glenn went to space on the 51st day of the year.
Moon=51
This year the 51st anniversary of the moon landing.

Posted by The Mindless Freaks(Dan Behrendt) at 11:31 PM