I mentioned Batman Returns in a few posts back with Pop Smoke. This is why Christopher Walken was important. Anyway last night I tried to watch the film, but I fell asleep. I just went to Facebook and at the top it had the "Story" of my friend Tom. Apparently he got a tattoo of Danny Devito on him recently...or maybe it's a joke...it goes too fast for me to really look at it.
Anyway I know this important as Danny Devito plays "Penguin" in the film Batman Returns.

I started thinking about Danny Devito and he is also in "It's Always Sunny in Philadelphia", which was important to the Roddy Piper/Hulk Hogan/Kobe Bryant narrative with Tisha B'Av.

Devito is also the bad guy in the film Space Jam. All of this is important to the Houston Rockets/Space Theme....LeBron is filming the new Space Jam...

Devito is also in a film called "The War of the Roses"...remember how this was important to LeBron getting injured last year...the Portland Trailblazers...the Trailblazers then were the first team to play the Lakers after Kobe died.
Michael Douglas is also in this film among other famous films such as "The Jewel of the Nile" with Devito....Just wondering considering Kirk Douglas just recently died too.

The other big theme in 2017 was the TWIN symbolism...Devito is in the film Twins with Arnold Schwarzanegger...who was "Mr. Freeze" in Batman and Robin.

It's interesting as well I would notice this because my friend Tom's Facebook. My band is playing a gig at the bar he works at tonight. The Down Under, which was important to the Twins stuff as well. 261... 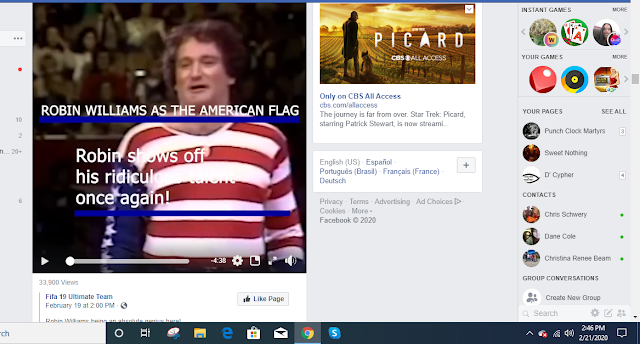 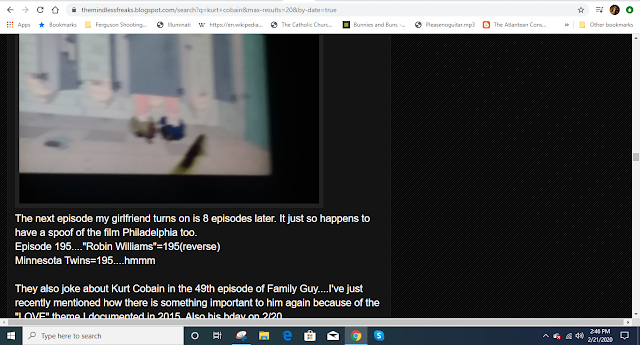 So as I'm writing up this blog post my son started crying. I've been holding him for a while and since I can't do much I scrolled through Facebook and watched this Robin Williams Flag thing. Jasmine is home now, so I came upstairs to hopefully make a video about all of this Kobe stuff...I wanted to look back at the Harley Quinn stuff before I started though, so I went clicked on one of my tabs to search for it on my blog. I noticed that the post I had pulled up talks about Robin Williams and the TWINS.

The Kobe stuff is important to Zion/8/11/Batman and so on...
Robin Williams dead on 8/11..San Francisco...
Think about Robin Williams in relation to the Harley Quinn stuff....Aladdin...Will Smith....Williams is the voice of Genie.
Plus he's in the original Jumanji...The Rock/Summer Slam and so on...
Batman and ROBIN.

Uma Thurman is also in the film Batman and Robin....She is also known as the Black Mamba in the film Kill Bill.

I swear it's just one thing after another. Every time I try and make a video, something happens. A few nights ago I was going to and then I had to drive an hour and pick my girlfriends brother up from work. After I came upstairs earlier I then found out Jasmine had to leave again, so I couldn't start a video....It's just things like this over and over....I finally get a chance to make a video tonight and of course, my screencast keeps giving me an error. I just recorded a clip of the Chamberlain Heights episode the other day with it, but now it won't work. I don't want to livestream, because it's too much information, nor do I have the time now as I have to leave for a band gig in less than an hour.

Posted by The Mindless Freaks(Dan Behrendt) at 6:38 PM