Nuclear Mystery in Russia on 8/8-Chernobyl-Scandinavia

Interesting this article goes on to tell us about Chernobyl and it's effects on Scandinavia....Sweden was the first to report radiation that came from Chernobyl and so on..
Chernobyl=42, 48
Russia=42, 48, 75
Sarov=48 and 75
I also think it's interesting how I've mentioned for a number of years 8/12 possibly being important to world war III...this happened on 8/8, but they waited until today to report it..
World War=42, 48

Vladimir Putin=623(satanic)
Vladimir Vladimirovich Putin=623(FB)
Just thinking about how the European Union is important to 623. 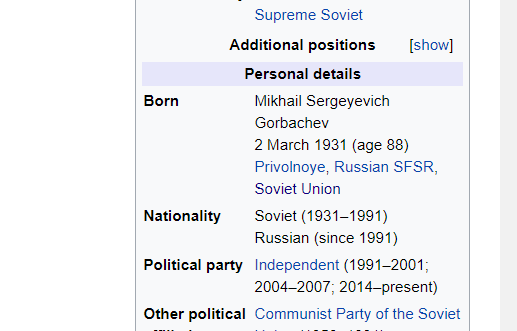 Also interesting Chernobyl happened 310 days before Mikhail Gorbachev's bday. He is also currently 88 years old...thinking about how this new story was from 8/8.
Trump=88
He has an interesting name as well..
Mikhail Sergeyevich Gorbachev=144 and 144(rev red)
Mikhail Gorbachev=144
I'm sure he'll probably die in connection to that number eventually. 10/11...7/24...

Posted by The Mindless Freaks(Dan Behrendt) at 10:07 PM