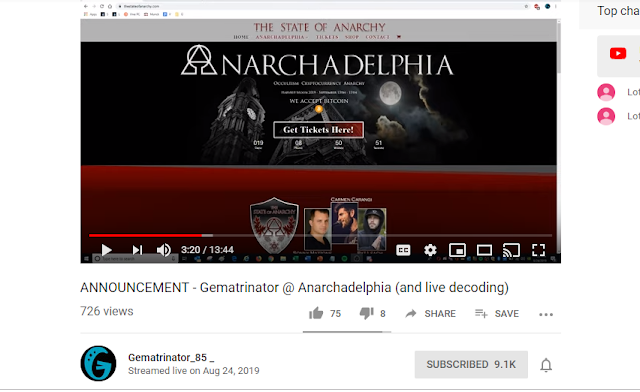 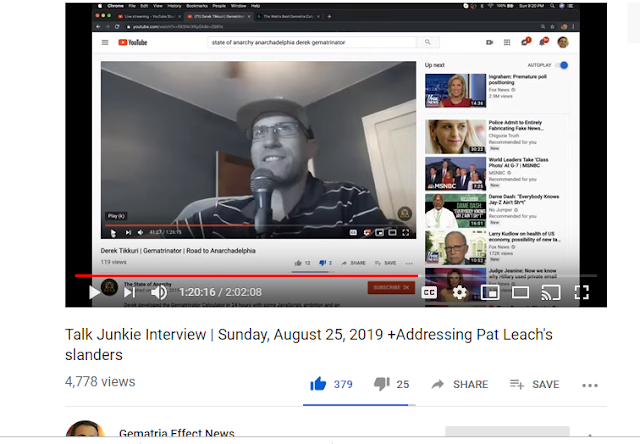 I couldn't have been more spot on with the narrative with 8/10 and 8/11. Since last November I have said there is some negative energy that is trying to divide us with this knowledge that reminds me of 2016/2017 that is connected to these dates. Then Andrew Luck retires on 8/24 which is 8/11 on the Julian Calendar and so on...see previous posts of why this is important.
Now we have Derek announcing he is attending Anarchadelphia on 8/24, which Zach got uninvited to. Zach then makes a video calling out things he didn't like with Derek's interview with Pat Leach from Anarchadelphia.

Don't forget how Philadelphia is important to the Black Cube and the 3rd Temple narrative as well. Think about Summer Slam/Hulk Hogan/Vince McMahon and so on...

What else I find interesting is earlier this year I documented about the Gematrinator giving different values for the same words...it was a post about Billy Ray Cyrus and Old Town Road...but his bday is 8/25 which is the day I first heard or saw the video about Derek going to Anarchadelphia...Sam came into the store while I was working yesterday and told me about it.

I'm not saying anyone is "bad" in regards to this post either. I'm simply pointing out exactly what I've been saying all along. The Truth movement, including Gematria, is being manipulated and whatever/whoever controls this system already seem to know what is going to happen. This is why we can't beat this system by killing the freemasons/jesuits/storming the white house and so on...All of us are programmed and we don't exactly realize it. We need to understand how this "magic" if you will... actually works, before we can do anything about anything. Or understand how we are being programmed with this in order to be able to change the program.
If it's nothing to do with programming/magic/organic...then we have a turd in the punch bowl. It just doesn't seem to be the case considering all the syncs I've mentioned that would seem impossible to script.

Posted by The Mindless Freaks(Dan Behrendt) at 10:50 PM