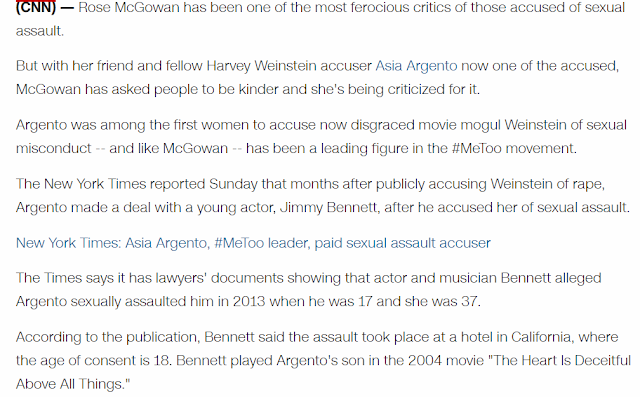 What a ridiculous story. Rose McGowan back in the news right around the same time Marilyn Manson collapses on stage.
She's standing up for Asia Argento a woman who was just accused of sexual assault of Jimmy Bennett.
Anyway notice how it say Bennett was in the film "The Heart is Deceitful Above All Things" with Argento? 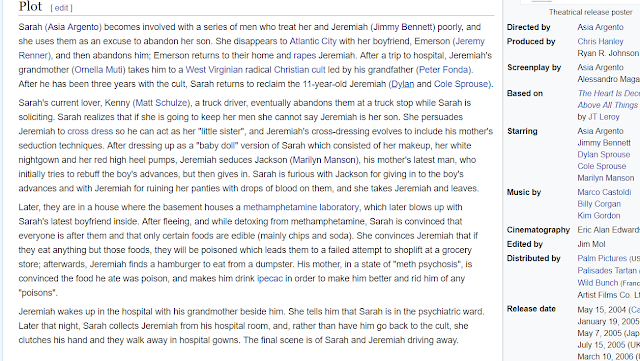 I just noticed McGowan and Argento are from Italy too, which sticks out in regards to the the Bridge Collapse the same day they brought out the Catholic Priests Sexual Abuse story in the media. Then we got a story a few days later about a kid Pope Francis kissed got rid of their cancer. I mean with the big stories of Sexual Abuse in the media, yet most people don't think twice about Pope Francis kissing a kid....it's just complete mocking with these stories coming out within days of each other.


Also McGowan's first film was Encino Man....something I mentioned a while back in regards to Earthquakes.
Thinking about the Drowning symbolism it's interesting in the film there is an earthquake while he's digging up his swimming pool. 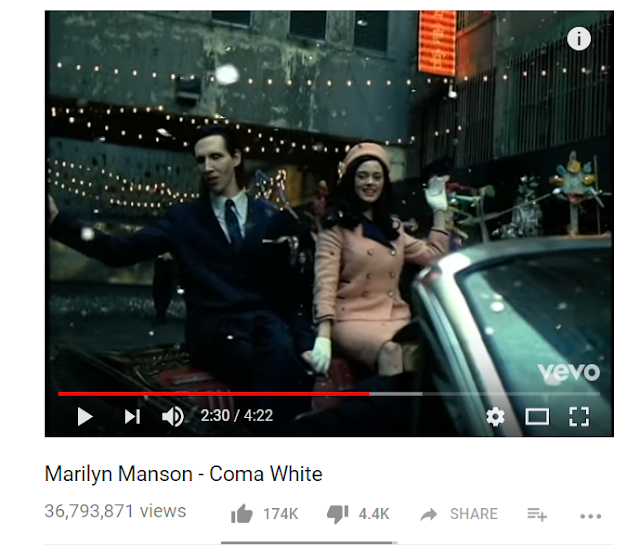 I also want to point out that in the Coma White Video Rose McGowan wears the PINK outfit like Jackie Kennedy. Think about her name as well..."Rose"....It Italian the word Pink is "Rosa" which comes from Rose.

Also remember the video couldn't be released because of Columbine and Air Force One was originally called Columbine II. Also JFK Jr. died in a plane crash before this video came out...that plane crash was off the coast of Martha's Vineyard...where John Belushi is buried...where Bill Murray just threw the drink.

Posted by The Mindless Freaks(Dan Behrendt) at 4:16 PM