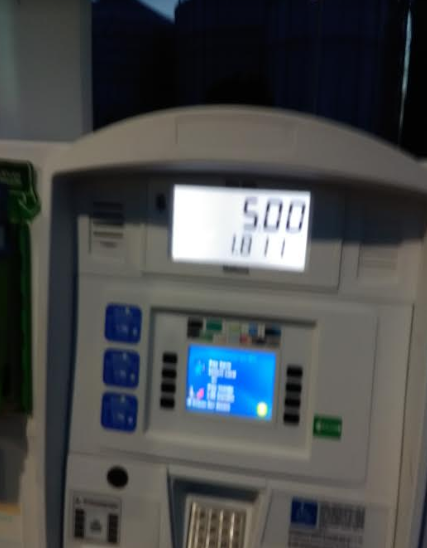 Today has been a crazy day for synchronicity among other weird events.
Let me explain a bit.....On Friday Sam had text me about our friend Pat playing a show at a place called Good Fellows in the town he lives in(Woodbine). He mentioned how a bunch of people were tipping him, but it was all 5 dollar bills which he thought seemed odd. I read the text just as I was finishing pumping $5 in gas at the gas station I work at. So I thought it was odd he mentioned somethign about $5 and I just pumped $5 in gas. I was also driving to Woodbine to get Sub Sandwiches at the Casey's, which is why I was getting gas.
I didn't think much of it as I didn't really see any correlation as to why $5 was important, but never the less it was synchronicity.
Later that night Pat came over to my house and I was looking for a movie to watch on Kodi and I went to the trending films...The movie "Goodfellas" showed up on the first page too.

So we did the Live stream the other day and I think I even brought the 5 thing up....then last night I was having super synchronicity with anything and everything I would do.
Anyway when I got to work today the first customer I had asked me if I could give him some big Bills for a bunch of 5 dollar bills he had. With all the syncs the night before, It reminded me of the Sam thing....I guess the reason he had so many 5's was because used the ATM somewhere and it pumped out all 5 dollar bills....I've never heard of an ATM doing that let alone ever used an ATM that had 5 dollar bills in it. Not saying it doesn't exist, but everyone I have ever used had to be in increments of 20 dollars. So I got this guy some 20's for all of his 5's. He said he was going to buy something from someone and was gonna look like an idiot paying them with all 5's. 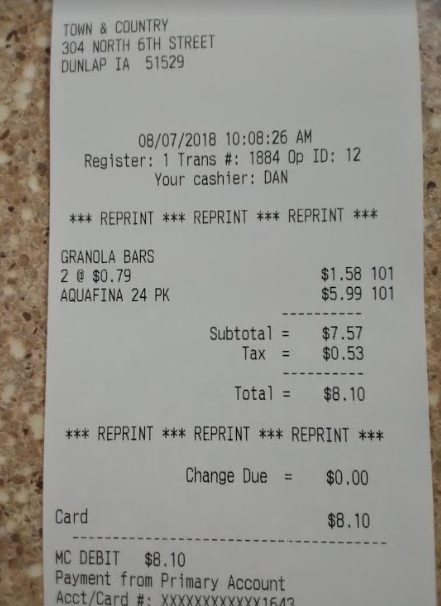 An hour later some guys total came to $8.10 and as much as I've mentioned this number lately I instantly thought cool and 810. It wouldn't have really stuck out to me that much except for the fact the guy couldn't find his debit card and didn't have any cash in his wallet. He had to go out to his car and get money and come back in and pay for it.
Also I looked at the clock on the register and it was 10:08....10/8 or 8/10 and his total was $8.10.
Better yet the mail lady came in and handed me the mail for the store while this guy was doing his transaction. I looked at it and recognized them all as store "Bills" because none of them looked like payments for charge accounts. I even sorted them and said out loud(softly), "Bill, Bill, Bill, Bill" and so on....as I was doing this some guy walks into the store and says "Hey BILL"...I look up and the next guy in line was named "Bill". It even said, "Bill" on his shirt...Later in the day I actually saw 2 other guys wearing shirts with the name "Bill" sewn into it too.
About 10 minutes after all of this happened the mail lady came back in and said she accidentally gave me the wrong mail...which explained why I thought they were all "Bills" to begin with haha.
Mail=17, 35
Bill=17, 35
Bills=81
Eight Hundred Ten=81
All I could think about after this was in regards to DUCKS and they have "BILLS"..but not sure if that's the point.

Then sometime around Noon a guy with a bright orange shirt on came in and it somehow triggered a crazy migraine on me. After looking at his shirt I started seeing dark spots like I looked at a glare, but it wouldn't go away. Then I had these crazy wavy lines floating everyone and I couldn't even see the register to know the amounts. I went to the back and had one of the kitchen workers run the front while I sat down and waited for it to go away. I didn't want to, but I couldn't see anything and It made me think it was a brain aneurysm or something. I was pretty sure it wasn't as this same thing happened to me about a year ago and it went away. I also had this happen to me about 15 years ago or more. I went to the eye doctor and he said it was an occipital migraine. Although my head never hurt it was still a migraine.
I haven't felt right all day since this happened either, I've been super sensitive to the light...even looking at my computer is making me eyes feels strange right now. I'm almost positive I just need some sleep as I've barely slept for weeks.

Anyway while I was sitting in the back thinking this might be the end for me I realized that today is 95 days away from my bday.
Dan Behrendt=95
Daniel Edward Behrendt=95
I thought, shit this would be a perfect day wouldn't it.

So I didn't die at work, but it was still on my mind when I got home. I told my girlfriend I was gonna lay down for a bit because of it. Just as I was heading upstairs I got a notification on my phone about a copyright claim on an old video.
Of course I put the video out over 2 years ago and now it's getting a claim. The part they claimed was on the song "Goodbye Forever"...
I kept thinking about how I thought I might die and now I get a copyright claim on a song "Goodbye Forever"? Talk about not wanting to take a nap anymore.... 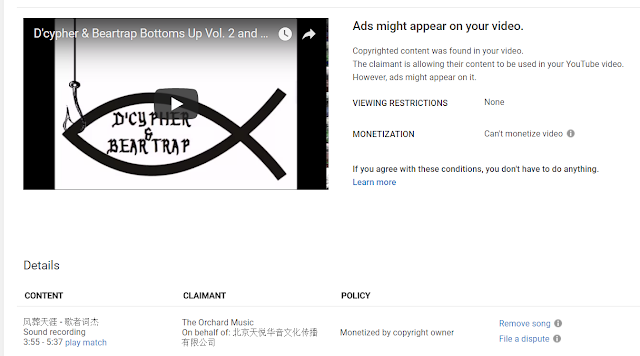 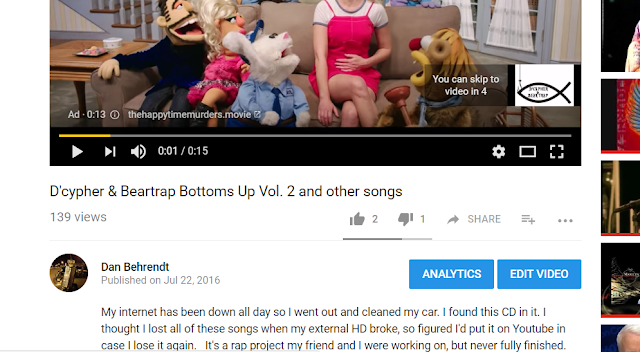 What's interesting to me right away in regards to this claim is I put the video out in 2016. I have been talking like crazy about the 2016 baseball season being connected to this year....Notice it was 95 days before the Indians vs Cubs world series began?

I know it's connected to baseball too....
Goodbye Forever=162 and 216(reverse)
Notice it was 2 years 16 days ago I put this video on Youtube?
216 stitches on the baseball..
Major League Baseball=162=MLB=162 regular season games and so on..
Cleveland Indians=95(rev red)

I need to think more on this, but I want to look at some other stories and try and actually get some sleep tonight.

It is funny that on sunday in the Live Stream I mentioned how D'Cypher text me about a post that involved him and his kid. He wanted me to delete it so I did. I saved the info on my computer...but a big thing in the post was about Mitch Hedberg and the number 224...then he text me 224 days after the post about deleting it.
His name equals the same as "Cleveland Indians" too(67)..
Daniel Behrendt=67

I'm anxious to see if we get any stories on 8/10 that are related to all that I have been documenting.
Posted by The Mindless Freaks(Dan Behrendt) at 12:32 AM