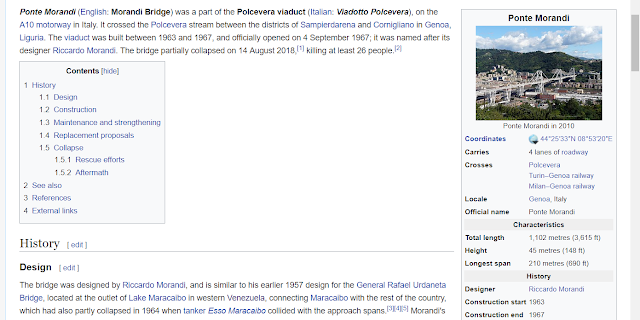 Honestly right away looking at this bridge collapsing story I can't help but think it's for me to see.
Think about the Bridge Symbolism in regards to Pope Francis and now this Bridge Collapse happens in Italy where the Pope resides.
Remember the number 81 was super important to all the bridge symbolism.
Pope=81(Hebrew)
Pope Francis turned 81 years old 81 days after the Jesuit anniversary. 8 months 1 day after his 81st bday is 8/18/18.
Pope Benedict became the Pope on 4/19 which is the 81st prime number....Pontiff means "Bridge builder"...Francis told Trump real christians build bridges not walls.
Minnesota Bridge all about 81....Golden Gate Bridge 81 stuff. The Super Bowl being in Minneapolis was all about Bridge symbolism and Kneeling...Francis Scott Key born on 8/1 even.

It has to be connected to all that I have recently documented with the Indians too. Notice they won their game today with a score of 8-1. A big thing with them is all about the number 624 in which I said was also significant to Pope Francis..or at least the date of 6/24.
Eighty One=624(Jewish)
Jesuit=624
Freemasonry founded on 6/24.
June 24th 2018 was Francis' 1929th day of being the Pope...Vatican City founded in 1929/Stock Market/St. Valentines Day Massacre...The Pope at the time died age 81. The Pope when the Jesuits were founded also died age 81.
6/24 is the 175th day..."Pope"=175=Pope Francis

It's also funny as I documented in 2016 an Earthquake that happened on August 24th in Italy...Whenever I talk about Bridge Symbolism it has been connected to Earthquake symbolism.
Also in 2016 there were a few Earthquakes in Italy during the World Series and I talked about how it was connected to the Indians being in the series. The August 24th earthquake happened the same day the Indians played the A's with 5-1 score...The A's of course were in the 1989 Earthquake World Series.
Notice I mentioned Grover Cleveland Alexander in that post as well. He had a record of 373 pitching wins with his final win on Rocky Colavito's bday...He also died on 11/4....I just documented about him in regards to Indians player Don Lemon too.
Grover Cleveland died in connection to the 1908 WS....Cleveland national Forest Fire(Holy Fire/Easter)....Pink symbolism showing me the WALL and Cleveland Elementary shooting...
So the Indians game against the A's is a score of 5-1.
Then when we got the next earthquakes on Game 2 of the WS the Indians lost 5-1 too.
Cleveland=51

Also this earthquake happens in Italy which is also where the Pope resides. I've been saying how all the bridge symbolism is really connected to Pope Francis. Notice it was 5 months and 1 day after his anniversary of becoming Pope.

Notice the Indians stayed on 51 losses too.

This story even comes 70 days before the World Series.
Indians=119 and 70(reverse)
They haven't won the World Series in 70 years.
They played their 119th game of the season today too.
Morandi Bridge=119

Thinking about the "Pink" stuff as well. A big piece to the information about "Pink" was with Bridge symbolism...
Pink=119(Jewish)
Family Guy=119
Think about Family Guy showing me the connections to my son and the bridge stuff.
I even mentioned how my son's name is 857(satanic) which is the 148th prime number.
The Miami bridge collapse was 148 days before Rocky Colavito's bday.
Morandi Bridge=321(Jewish)
Zamien James Behrendt=321(reverse)
Vatican=70, 119

It's funny too just the other night I was looking into the term "Grand Slam" because of David Bote's Grand Slam...also Tiger Woods being the Youngest to get a career grand slam in Golf.
The term actually comes from "Contract Bridge".

Also interesting the Brewers beat the Cubs 7-0 today.
I just learned too that Harvey Kuenn(traded for Rocky Colavito) coached the Brewers in 1982. It was the only time the Brewers have made the World Series. They were known as Harvey's WALLbangers....could be Indians vs Milwaukee in the World Series? Or would that be too obvious? It's interesting in regards to it being 22 years after the 1960 Rocky Colavito trade too. Remember Espn released the video about how the Indians are cursed by the number 22...
I still think it's for the Cubs and not the Brewers, but it's definitely something worth noting.
Chicago=81(Jewish)
It's also interesting the Indians, Brewers, and Cubs all have 68 wins after today.
Italy=68(rev red)
I know 68 was important to what I was talking about with 6/24...also to the 9/11 symbolism. 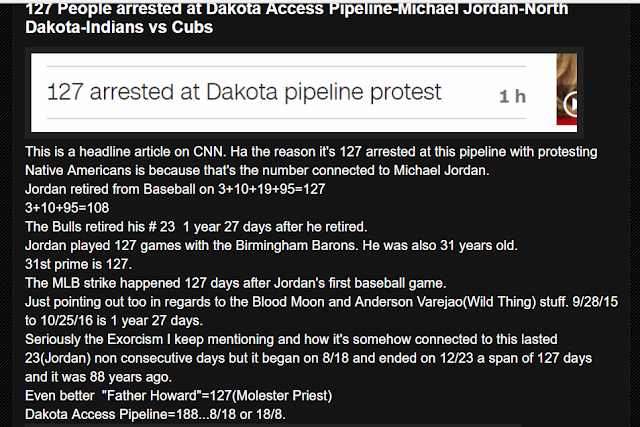 Also in 2016 I documented about the Italy Trainwreck that happened on 7/12 or 12/7. I mentioned how it was connected to the Native American theme as the Omaha Indians got their sacred pole back on that day in 1989 on a date numerology of 127. 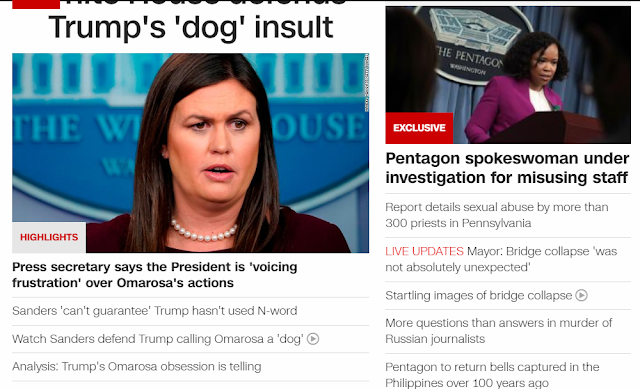 Also you have to love how the next story below the Bridge story is about 300 priests involved in sexual abuse in Pennsylvania.
Remember how Philadelphia was important to the Bridge Symbolism as well...
Pennsylvania=152
This bridge collapse happens 152 days after the FIU bridge collapse.
Morani Bridge=79
Bridge Collapse=79
This story comes 79 days after the anniversary of the Golden Gate Bridge being opened.
Italy=22
22nd prime is 79.
This happens 22 days before the 51st anniversary of the bridge being opened. 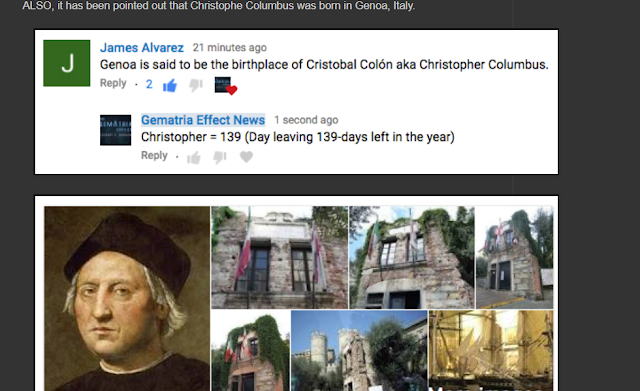 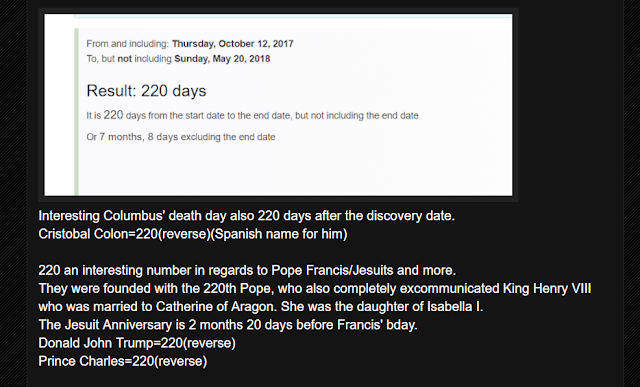 Someone on Zach's blog pointed out Christopher Columbus was born in Genoa too. Remember how he's connected to the Jesuits/Royal Family and so on...2 months 20 days is also 81 days.
Think about Columbus in regards to the Indians as well..

Also when you look up Genoa, notice how it says a special day is June 24th...Patron Saint Day for John the Baptist. it's the only date listed on the side on wiki...no founding date or anything just that.

Posted by The Mindless Freaks(Dan Behrendt) at 1:07 AM