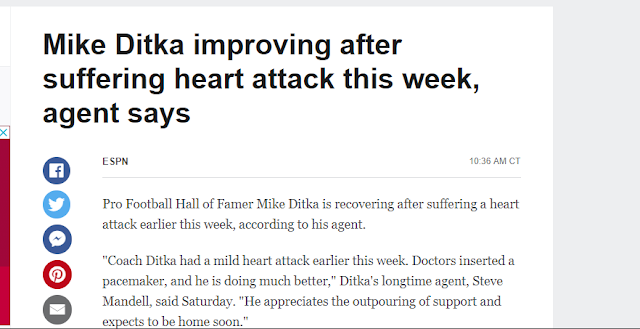 As much as I've documented with the number 11...it's interesting to see Ditka coached the Bears for 11 seasons....also he had a heart attack in 1988 with the Bears and returned just 11 days later.
My Uncle loved the Bears but hated Jay Cutler who was the 11th pick in the draft.

Honestly I think the Chiefs are a team to keep an eye on..Especially with Alex Smith getting injured in Week 11...If you go back to what I was saying in 2015...I thought the Chiefs would be in the Super Bowl all because of the 1985 Season in sports. It was just after the Royals had won the World Series, I pointed out how it's all connected to Back to the Future and 1985.
It was a lot to do with 11 and Alex Smith who was 31 years old that year....11th prime is 31....he was in his 11th season and wore # 11. "Utes"=11 and so on....The Chiefs even got knocked out after Smith won his 31st game. 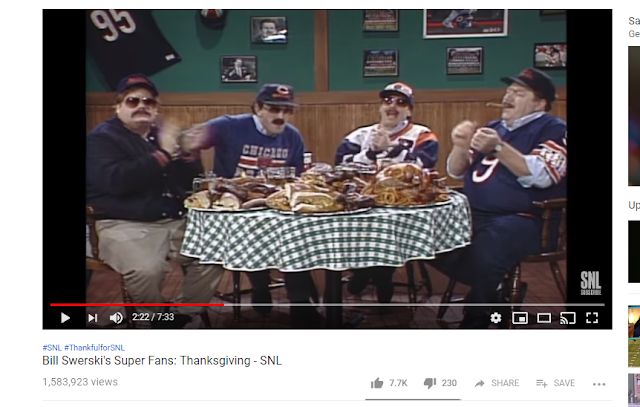 Possibly all the connections to Chicago I was following this summer is actually connected to the Super Bowl. Last year the Twins stuff was showing the NFL and Eagles as well.

We're getting this mainstream story 71 days before SB 53 and 37 days after Ditka's bday.
Chicago=37
Chicago Bears=71

Also thinking about Alabama and Nick Saban being tied with BEAR Bryant with 6 national titles.
Earlier this year we got the story of Tom Brady seeing the Bear in Montana of all places.(Joe Montana) Remember in the 1985 season the Bears beat the Patriots by the numbers. Then in 2015 the Panthers made the Super Bowl all synced to the Bears. We got the film "The Revenant" just before the Super Bowl too.
The Revenant was about trappers in the Missouri Territory that came about just days before the War of 1812 began on 6/4/1812. Missouri Territory includes Montana....think about how the Eagles White House trip was cancelled this year on 6/4 the same day Dwight Clark died in Montana. Tom Brady was at the game when Montana threw the memorable catch the Dwight Clark...
Forty Niners=64  established on 6/4.
Moses=64
Civil Rights all about 64.
The Montana Territory established in 1864 as well.

Think about the recent bombings too in connection to the Unibomber who lived in Montana.
TEDdy BEAR.
Chicago Bears=64(s)

In 2015 we also had the death of "Grizzly Adams" that was all connected to California being founded on 9/9..(Bear on the Flag)
31st state....11th prime. Remember Grizzly Adams was connected to Happy Gilmore that foreshadows an Earthquake....Sandler born on 9/9...that's why we recently got the Saudi Girls found in the Hudson 9 months 9 days after the annviersary of Sully coming out on 9/9.
It's the 99th season the NFL.
Queen Elizabeth II became longest monarch on 9/9.
All of the Wrestling stuff goes back to the Austin Bomber/Owen Hart/Hart Family who drove off the cliff in California....one of the kids was previously famous for the picture protesting the Michael Brown story(Missouri).

Grizzly Adams=64(rev red) and 163(reverse)
Earthquake=163(reverse)
Something I didn't know back then.
Plus then we got the death of Merle HAGGARD...Grizzly Adams was Dan HAGGERTY and died in connection to each other.....Bam Margera was in the mix as well....

Back to the Future III he gets chased by the BEAR...then the film ends on 10/27/1985 the same day the Royals won the World Series...then in 2015 the World Series began on 10/27/2015 and the Royals went on to win...the Time Machine destroyed by the train after going across what looks like the Golden Gate Bridge...2015 was big on Train Symbolism/Pope/Philadlephia/France and more..
Merle Haggerd died in connection to the Chester Train Wreck..

Barker will be 95 years old this year....
Robert William Barker=95
Funny I had a dog that died named "Chubbs"...BARKer...

Think about the Stock Market coding as well.....A BEAR Market is stocks going down over a period of time.
A BULL market is the opposite....funny in regards to Chicago..

I have to leave of course, but later I'll look at my notes....I feel like there was something to do with the film "The Great Outdoors" and the Bear back then too...


Also for some synchronicity today....we were watching Shrek and I left to go get some food. When I came back they were watching "Scooby Doo" the movie with Sarah Michelle Gellar. I said, why did this turn on? Jasmine said Claire and I have been watching it the last couples days. I just laughed as I never told her that I even wrote about Scooby Doo the last few days. Of course she doesn't care, but I haven't seen this movie on at our house for a LONG time.

Posted by The Mindless Freaks(Dan Behrendt) at 5:01 PM