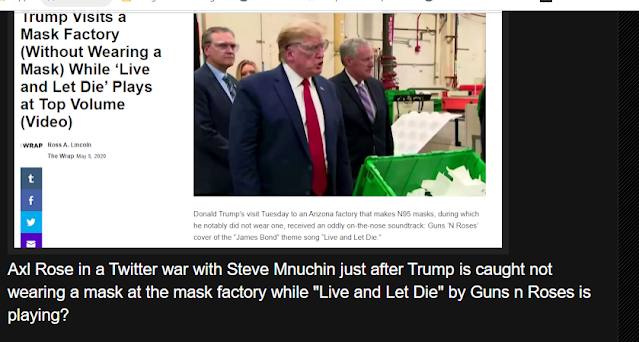 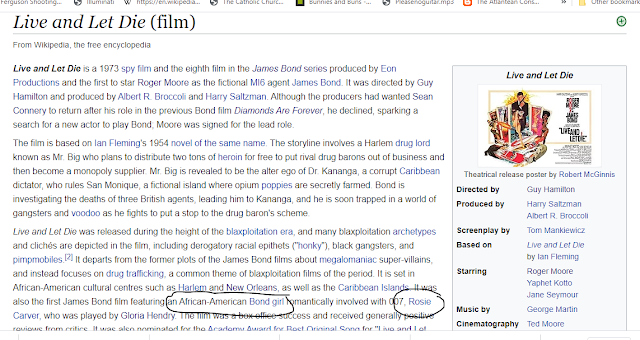 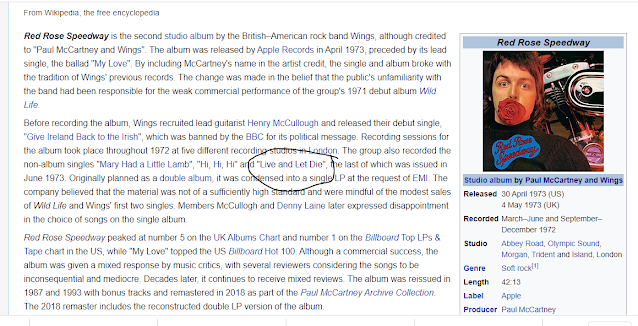 Remember when Donald Trump didn't wear a mask at the factory in Arizona, and the Guns N Roses song "Live and Let Die" was blaring in the background?
This song is also the name of a James Bond film called "Live and Let Die".
If you look up the Bond film you will find that it features the first African American Bond girl who is named "ROSIE Carver". I mean how fitting to the current narrative going on.
Even better is that the song was originally created by Paul McCartney and his band Wings. The song was on their 2nd album called, "Red Rose Speedway".
Think about Paul McCartney/Helter Skelter/Beatles/Charles Manson..
Posted by The Mindless Freaks(Dan Behrendt) at 9:42 PM