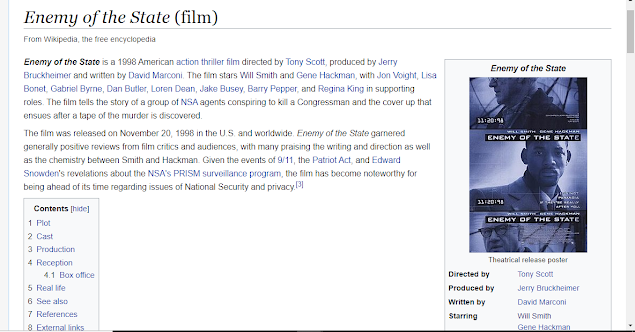 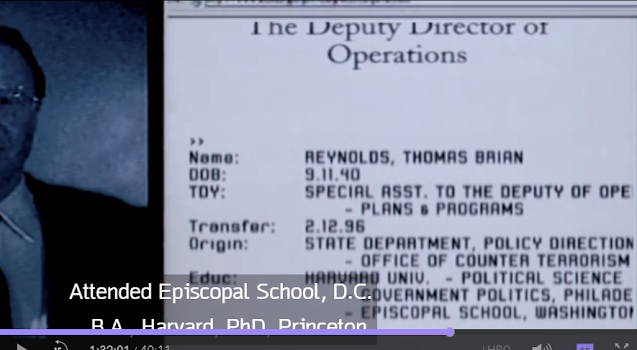 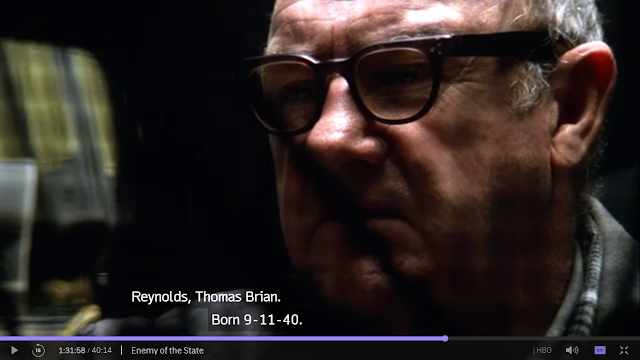 So I got the free trial of HBO Max so I could watch the Fresh Prince Reunion the other day....A few days ago I got a notification on my phone from the App to watch the film "Enemy of the State"...it's the only notification I have got from the App and I just left it and didn't delete it....Today I saw that I still had it on my phone and when I got off work I figured I would watch the film again....I figured there was probably an all seeing eye or something that I had never noticed before or something of the sort....

The Plot of the film is pretty much about the NSA taking away our liberties by spying on us with technology and so forth, reminding us of the Patriot Act after 9/11 and so on...In the film they are also trying to pass an act similar to the Patriot Act too..

Would you believe that the head guy trying to get this law passed and using technology for spying was born on 9/11?

I also find it funny that Will Smith's character is a lawyer who went to school at Jesuit Georgetown too.

What are the odds? The big number I have been talking about like crazy...I didn't even realize this until right now haha.

Posted by The Mindless Freaks(Dan Behrendt) at 12:18 AM