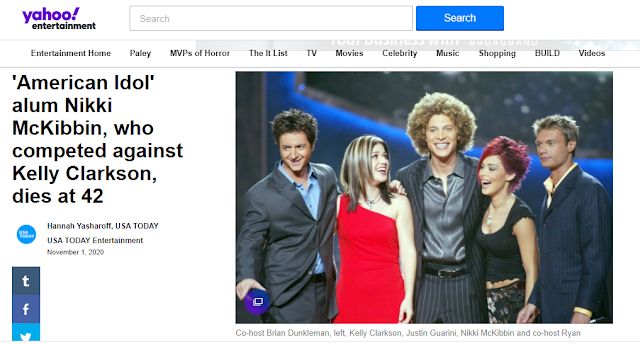 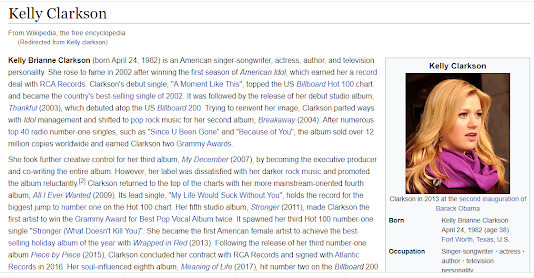 Nikki McKibbin was on the 1st season of American Idol that Kelly Clarkson won...Notice she died 191 days after Kelly Clarkson's bday of a brain aneurysm.
Brain Aneurysm=191 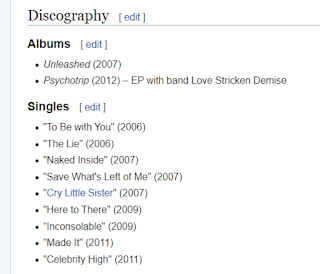 I'm also interested in seeing that Nikki McKibbin had a single of Cry Little Sister"..It's the only song you can click on a link to view on her wikipedia page too.
I DJed 2 Halloween party's the last few days and I randomly thought that "Cry Little Sister" would be a good Halloween type song to play..so I played it both nights. I even had a conversation at work about this song and how I like the original version better than other ones I've heard such as Zug Izland and Aiden. I then started talking about "The Lost Boys" and what not and the girl I work with has never watched it before. 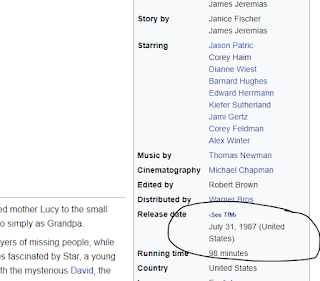 How have I ever not noticed that "The Lost Boys" came out on 7/31...exactly 5 years before "Buffy The Vampire Slayer" came out? Recall how these two films were important together in 2019...that date is 3 months 10 days before my bday...
Cry Little Sister=214 and 191

I didn't know Marilyn Manson made a cover of the song either....Apparently he made it for the film "The New Mutants" that just released on the same day Chadwick Boseman died....the film was supposed to release around the time of Manson covering this song in 2018, but it was delayed.....It's also on the TV show called, "Titans"....funny the actor who plays the character of ROSE is from Pittsburgh....Always a riddle....Titans...Steelers...It's not like the actress could be from Tennessee lol to make it easy to understand.
I feel like I'm supposed to watch the new Bill and Ted film that came out on 8/28 too....I've been mentioning Keanu Reeves/The Matrix....and Alex Winter/Bill is also in The Lost Boys...

Ha, reading through the plot on the new Bill and Ted and go figure it mentions Interstate 210.