I want to start this post off with a couple of video clips I took of the Warriors last few games. This is just an example of what they've been doing since at least the All Star week when the Warriors play. Go back and watch previous games too, if you don't believe me.
They mention Back to Back multiple times in every game.

Now either they are subliminally programming everyone to think Warriors are going to win Back to Back and then disappoint them.
Or... Warriors will win Back to Back. They are just doing this because most people do not have a clue and it's their mocking of the us.  and they are telling us Warriors are going to Win Back to Back.
As the post goes on I'm going to go over the Warriors Vs Grizzlies Game  and the Warriors Vs Spurs game. A lot of people are about the Cavs winning this year and It wouldn't surprise me if they do win. Although I've pointed out some things for the Cavs, I still really think the Warriors will win Back to Back.
Also it really doesn't matter to me who wins. These games are used for coding to other events that really matter.


The Reason I noticed the Back to Back theme was because last year the All Star Week was connected to the NBA Finals.  This year Zach Lavine and Russell Westbrook both won Back to Back in the Slam Dunk Contest and the All Star Game Mvp.
A whole lot to it, but they were both former players at UCLA.
UCLA=222 (English)
Amtrak=222 (Jewish)
The Warriors picked up Anderson Varejao on 2/22.  He was dropped from Portland. Warriors picked him up 3 days after getting blown out by Portland. The next time the played Portland was 18 days later(Varejao even # 18) on 3/11.
3/11 to NBA Finals is 2 months 22 days. Also 83 days.
Elton Brand came out of Retirement 146 days later to 76ers. He was born on 3/11/79 (Pope is 79) He came back on 1/4 the same day Cavaliers became 23-9.
They won 122 to 100 though.
Golden State=122
One Hundred=108=Golden State Warriors
2/22 to NBA Finals is 101 days. Also 3 months 11 days.
Philadelphia=101
National Basketball Association=1776(English)

Matt Barnes of the Grizzlies also had a great game.  Funny he used to be a Warrior and Tied the All time Warrior 3 pointers in one game record with 7.  Now we have the Splash Brothers whose main attraction is the 3 ball.  Barnes Record was broke by Jason Richardson(Retired on 9/23/15)

He also scored his last points and the Grizzlies last points with 1:13 left.
Matt Barnes=113
46th pick in the draft. 199=46th prime.
Also he wears # 22.  The 22nd prime is 79.
In my previous posts I mention how the 79 is connected to Amtraks/Merle Haggard/Grizzly Adams/Pope Francis.
Francis is 79 years old.
Champion=79
Lincoln=79
Nine Twenty Three=79
Interesting too he turned 36 on the 69th day of the year.
Cleveland Cavaliers=69
Remember he is from UCLA as well, as I will explain more later.

So the next night on 4/10 the Warriors defeat the Spurs to get 72 wins.
Warriors score 92.
Warriors win Back to Back=92
So Warriors broke Spurs Home Game win Streak and made the Spurs 39-1.
Thirty Nine and One=87
Thirty Nine and One Home Record=146
146 a number I have mentioned a bunch in regards to Philadelphia and also June 14th(Trumps Bday, Popes 1,189th day)
The Spurs went into this game with 65 wins.

This game was also the 160th time they played each other.
Spurs have 104 wins and now GS has 56 wins.
56 also a number connected to Philadelphia.
104 wins....April 10th is 10/4.
In this game the announcers tell us that the Spurs limited the Splash Brothers to 2 of 19 in the game on 3/19.
Back to Back Championships=219
Lebron James Didn't Play=219
Season Began on 10/27 to NBA Finals is 219 days.
10/27 also day Philadelphia turned 333 years old.
Kansas Train Wreck 2 months 19 days before Finals.
I keep mentioning this like crazy. There are lots of 219 connections to the Warriors.
Warriors lost to Portland on 2/19 which was 104 days before the Finals begin.
That game also gave was the Away loss after they had 24 Away wins.   Remember their streak was also broken after winning 24 total games this year too. Making them 24-1.
Twenty Four=1881 (Jewish) (Garfield)
Also Broncos won with 24 points  24 the X Theme.

I had a good idea Spurs would lose when I saw this Stat.  They were 9 of 23 in the First Quarter.
The reason is because I have seen the 34 in connection to 9/23 multiple times this year with the Warriors and always been a good thing.
The Warriors hadn't won a game in San Antonio since 2/14/1997.  Also it was 33 games, so they won the 34th time they played there. Plus the Warriors also got 34 Road Wins by winning this game.
Remember on 1/18 the Warriors beat the Cavs by 34 points. It was also 34 games after Lebron was 9 of 23 on 11/4. They even beat the Lakers on 11/24 111-77 or by 34 points.   Lakers connected because of Kobe Bryant.  Who is a Philadelphia Native, also tore his achilles against the Warriors age 34  scoring 34 points giving Lakers 43rd win of season. Much more.
Villanova=108=Golden State Warriors.
Kobe went to High School 15 minutes away from Villanova. They beat UNC(Jordan's team).
Lot's of Jordan losing stuff,  Even Jordan Spieth who choked at the Masters. He lost the Back to Back but he's also connected to Jordan. The Warriors most likely will defeat Jordan on Wednesday. A Weird twist though is that the Capital of the Country Jordan was Philadelphia until the Year 106 AD and then later destroyed by Earthquakes. 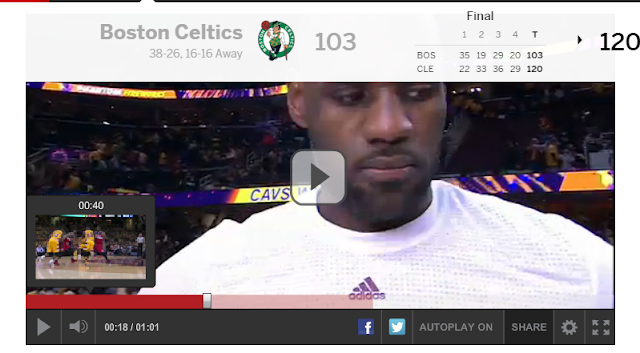 Anyway if Warriors beat the Streak tomorrow they will become 73-9.
131st prime is 739.
Championship=131
Grizzlies=131
April 13th also the 104th day this year.
If Warriors win I just cannot see them losing the Finals.
If Curry Make a 3 pointer it will also be his 152nd straight game with a 3.
Seventy Nine=152
Pennsylvania=152
Easter Sunday=152


So Like I said a bunch of coding to each team, but I think the Back to Back Stuff really stands out more.
What makes me think there is a big event coming up is the Democratic/Republican National Conventions.

The Democratic National Convention is in Philadelphia on July 25th to 28th.
Cleveland vs Philadelphia.

If you go from the Kansas Train Wreck to Start of Rep Convention it's 4 months 4 days. These candidates running to be the 44 person to be president. 44 a number around Death. July 18th also 18/7.  187  Murder.

Posted by The Mindless Freaks(Dan Behrendt) at 1:41 AM