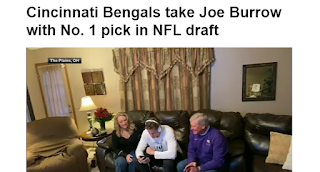 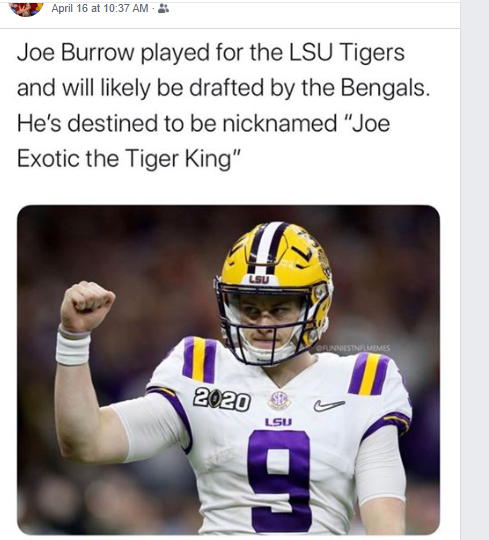 Joe Burrow becomes the Tiger King after being drafted to the Bengals....
The thing that I think is more important in all of this is the fact Joe Burrow was snubbed by the Nebraska Cornhuskers. Now he is drafted by the Bengals who are coached by former Cornhusker Zac Taylor.
Remember he became the coach just after the Rams lost in the Super Bowl all connected to Nebraska...Taylor left the Rams to coach the Bengals.