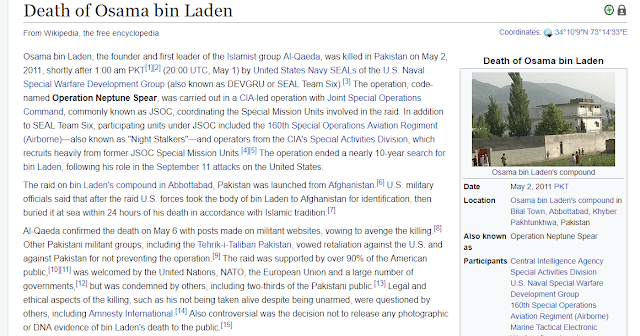 Two important connections to Neptune that I forgot to mention earlier are D-Day and Osama Bin Laden's death.
D-Day was codenamed Operation Neptune.
The raid that killed Osama was called Operation Neptune Spear. They list Osama as being killed on 5/2 but they for sure told us in the US that he died on 5/1. I'll never forget that day because a bunch of people got really mad at me on Facebook because I called the War a Fake cause.

Funny I have a video from 2015 in which I talk about the possibility of World War III on August 12th because it leaves 141 days in the year. I also later talked about the Major League Baseball Strike being important to Michael Jordan who retired from baseball on 3/10. Anyway I thought I'd look it up again and notice it mentions that the length of 232 days was surpassed by the NHL Lockhout that lasted 310 days...
Posted by The Mindless Freaks(Dan Behrendt) at 11:48 PM