Simpsons episode "KIll the Alligator and Run" with Charlie Rose-Kid Rock mentions Cowboys and has a desecrated FLAG.

In the episode Homer gets depressed/obsessed that he's gonna die age 42 according to survey things in his magazine.
Right away I notice he goes to his job and says he doesn't trust the "Cowboys" on his blanket. 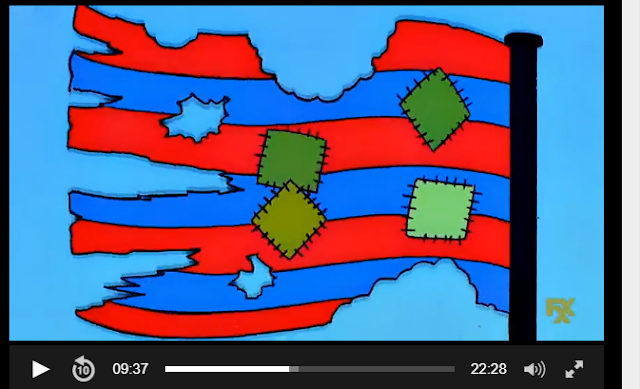 They family goes on vacation to get Homer's mind off of dying. When they get to Florida it's actually spring break. While Homer is partying the rest of the family goes on a Air Boat ride and meets the famous Alligator Captain Jack.
They show that Captain Jack helped build the town and then show this flag and say he even designed this "Flag".
The desecrated Flag...how fitting...especially after I just documented about Francis Hopkinson who created the first official American Flag.
Florida=124
Simpsons=124 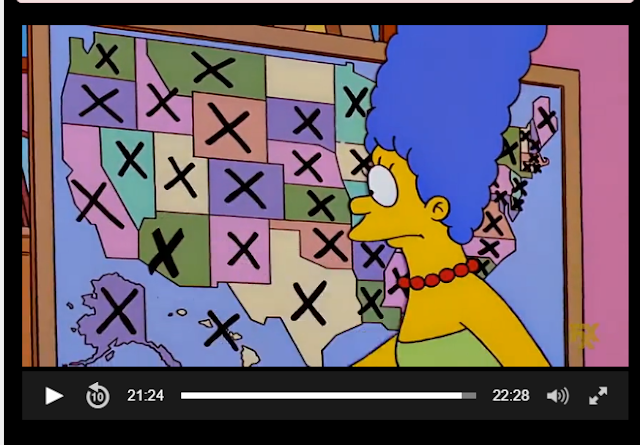 I'm not sure of the point, but at the end they make fun of North Dakota as it's the only place left in the US the Simpsons can go live. The alligator stuff I said reminds me of the boy ate by the alligator that was connected to the area I live(my life) and the native american theme. So possibly it's because of the Dakota Access Pipeline that was a big piece to the Native American theme.
The boy being ate was also all about the battle of Buena Vista which gave fame to Zachary Taylor in the Mexican-American War.
Zachary Taylor=65 dies age 65 and the last person ate by an alligator being the boy was Richard Zachary Taylor on 6/5/16.


The name "Kid Rock" also makes me think of Saturn/Cronus...Remember he ate his children but got faked out with a Rock instead of eating Zeus who was hidden.
Kid Rocks song, "I am the BULLGOD" which is Saturn/EL/Cronus.
Zeus=71
Kid Rock=71
He was born on 1/17/71...the same day the Colts beat the Cowboys in Super Bowl 5 in the Orange Bowl(Florida).
Pamela Anderson born on 7/1(Rocks former wife).

Remember Kid Rock is the reason Donald Trump and Charlie Sheen were roasted on Comedy Central as well.
Donald John Trump=220
Prince Charles=220
Catholic=71
Think about all the 71 around Camilla and Diana too.

Posted by The Mindless Freaks(Dan Behrendt) at 3:33 PM