Kanye had coronavirus and no longer supports Trump 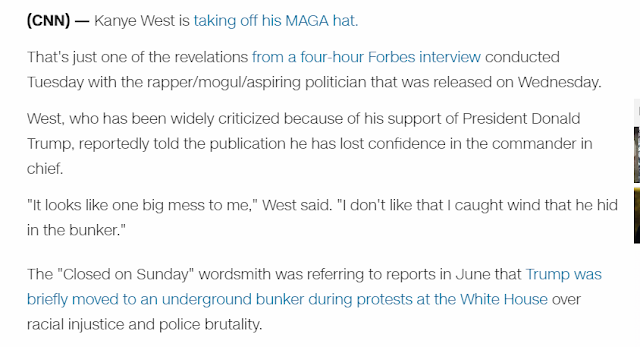 Kanye West had Coronavirus during Black History Month? haha give me a break.
Kanye=56
Coronavirus=56
Kim Kardashian=56
Nori=56
Paris France=56
Isis=56
Black Lives Matter=56
Climate Change=56
I'm just mentioning some of these as they were important in 2015 when Kanye was synced to the Paris attacks.

Remember Taylor Swift is important to the Umbrella symbolism too. She released the video, "Me" video that involved France and Mary Poppins/Umbrella's. 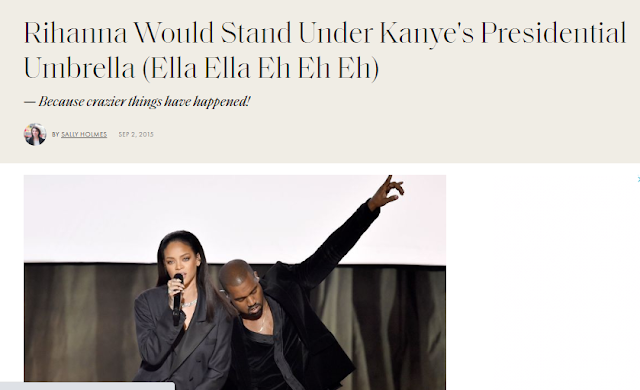 This is an interesting article from 2015 after Kanye announced he was running in 2020 too. Rihanna would stand under Kanye's UMBRELLA?
Recall, when Kanye visited the White House I was talking about King Arthur and Rhiannon(Lady of the Lake)/Fleetwood Mac....I find it interesting Rihanna/Rhiannon...
Rihanna synced to the Jesuits in 2017...also Neptune...God of the Sea...Lady of the Lake?

It makes me think about Jim Brown being in the film "Mars Attacks". He is dressed like an Egyptian in Las Vegas.

Posted by The Mindless Freaks(Dan Behrendt) at 7:12 PM