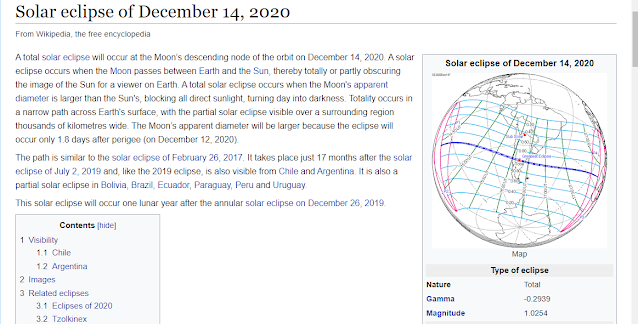 I was looking at this upcoming eclipse that people have mentioned and I realized a few interesting things...

Pope Francis is the first Pope from South America and he is from Buenos Aires, Argentina.

Buenos Aires is also an Autonomous City.....Also the Navajo Nation is a semi-autonomous area....

Remember the Umbrella Symbolism is important to Autonomous Zones...Think about an Eclipse that blocks the Sun as well....Umbrella's also block the Sun.

The Umbrella symbolism is important to the number 186...

I just talked about this a few posts back so not going to re-list all the 186's...but recall it's important to Elon Musk....Space....Sun/Eclipse/Moon....

I just mentioned the connection to native americans with this number....Recall the Simpson's episode that had Lisa as the president before Trump was at the Indian Casino....it was the 243rd episode called "Bart to the Future"...

Between Vail, Iowa and Denison, Iowa is where Yellow Smoke Park is located...

The numbers 36 and 63 were important to the Meghan Markle/Pocahontas stuff..

Remember the South Park episode "Go Fund Yourself" shows all the NFL owners except Buffalo Bills owner Ralph Wilson, because he had recently died in 2014.

Even more interesting is that the current Bills coach was born in Omaha....recall how the major native american theme in 2016 was sycned to the Omaha tribe/Mormons/Yellow Smoke...

He went to a Catholic High School.

Also recall that Donald Trump was trying to buy the Buffalo Bills after Ralph Wilson died, but eventually lost the bid to the Pegula's.

What else I find interesting is that the "RALPH" theme began in 2016 too...recall it was important to King Ralph(John GOODMAN)...last night I talked about Jason Goodman in relation to 128...I kept thinking his name was John too lol. I also recently watched like 3 episodes of "The Conners"..

Another thing to note in regards to "The Bodyguard" is that the Bills 1st Super Bowl of the 4 in a row was Super Bowl 25...this is where Whitney Houston sang the greatest National Anthem ever...recall how this is important to Bobby Brown Jr. dying...Also Rafer Johnson dying...Super Bowl 25 was in Tampa as well.....

Also think about the next 3 Super Bowls the Bills played in...SB 26 was against the Redskins and SB 27 and 28 were against the Cowboys...Cowboys/Indians....Thanksgiving...

The Toronto Blues Jays were originally going to play their games in Pittsburgh, but then ended up playing in Buffalo...

Funny too that we get  a story about Tiger King today...

Posted by The Mindless Freaks(Dan Behrendt) at 1:54 AM