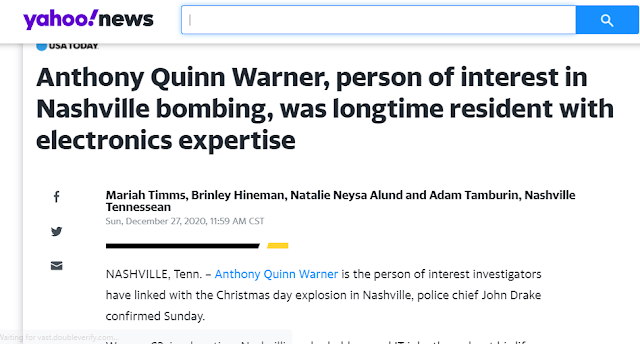 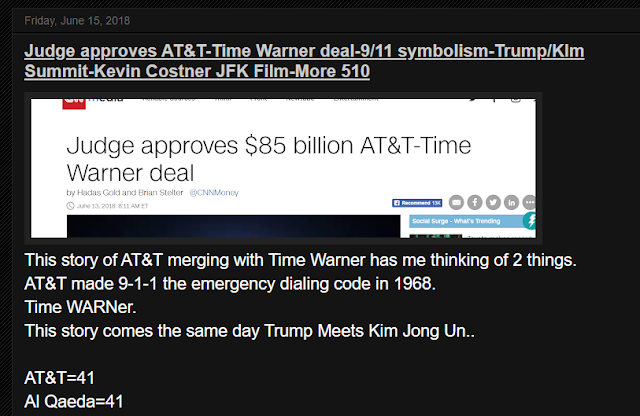 His last name being WARNER is also interesting...Remember in 2018 AT&T merged with Time Warner...then a few months later we got the mail package bombs along with a bomb sent to the Time Warner center....

Think about how this RV had a speaker counting down TIME and WARNING people it would explode too.

There's an even bigger riddle here with the Batman Building too...notice it says this guy lived in the neighborhood of "Antioch".... 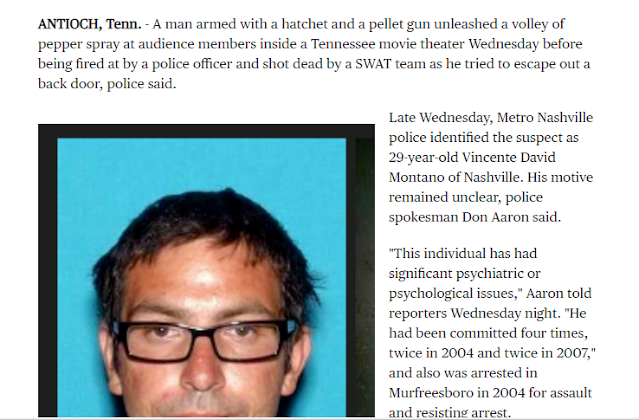 Remember the "Trainwreck" shooting in 2015 was synced to the Batman Shooting in 2012...a few weeks after the "Trainwreck" shooting on 8/5/2015 we then got another movie theater attack in Antioch, Tennessee....Notice it was at the film "Mad Max" too...This is the same Antioch too....it's not the other Antioch, Tennessee...this theater is literally minutes away from where Anthony Quinn Warner lives.

Remember they originally said Vincente Montano was 51 years old and then changed it to 29 lol...he does not look 29 at all either... 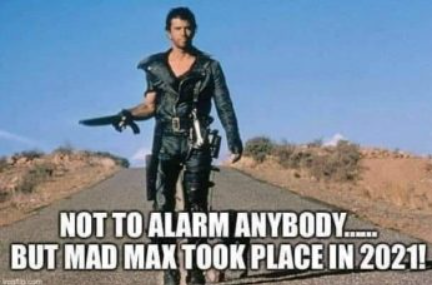 Have you seen the "Mad Max" is set in the year 2021 memes too? I cannot find that this is true anywhere, but it's still interesting that this meme would be popular.

Also recall that August 2015 was all about Batman...James Holmes was sentenced...the guy who dressed up like Batman and went to hospitals died...Morgan Freeman's granddaughter...Trump said he was Batman at the Iowa State Fair....Batgirl(Yvonne Craig) died...

Better yet is that the Mad Max film that was attacked in Antioch stars actor Tom Hardy as Max....Tom Hardy is who plays the character "Bane" in the Batman film, "The Dark Knight Rises" that got shot up in 2012. Bane is the bad guy who blows up the football stadium and bridges and so on..of course Bane also wears a mask... 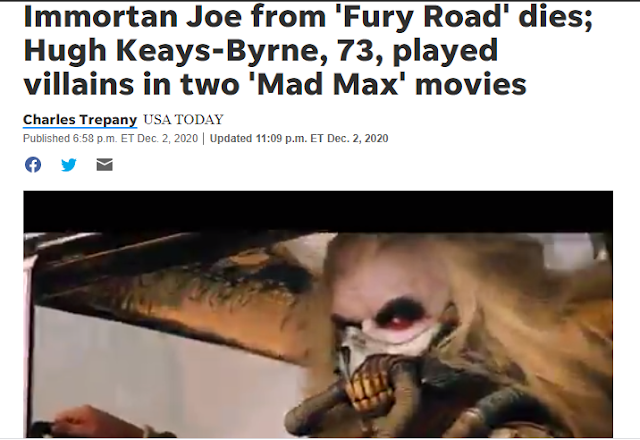 Of course, earlier in the month of December we had the actor who played Immortan Joe from "Mad Max:Fury Road" die too...Notice how he wore a mask in the film too.
Immortan Joe=164 and 264(FB) 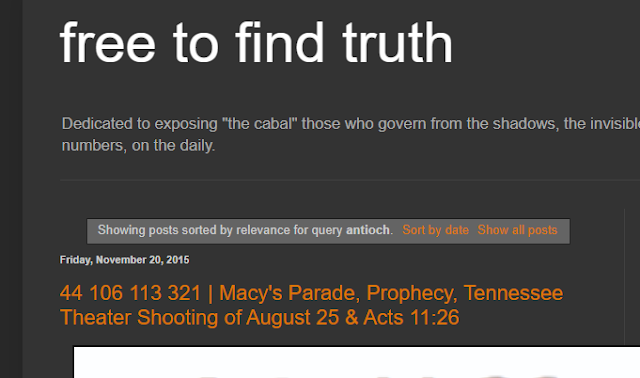 I realized that I didn't have a blog at the time of the Antioch Theater shooting, I only made videos back then, so I went to Zach's blog to see more details...Of course the first post that comes up starts off with the word "Macy's"....This is funny because last night I went to Sturgill's house and a girl named Maci wanted to talk to me about Chemtrails...I then went on to explain gematria and so on..of course everyone looks at me like I'm stupid haha after giving concrete examples only using 1 cipher but it is what it is.....anyway Maci wanted to know what her name meant in Gematria and I told her that it doesn't necessarily work that way....there has to be a narrative you are following to understand why a number is important to you...I then said that her name reminds me of the Macy's parade though and that us having this conversation would probably be important to a narrative I will follow in the future....So I find it funny that I just woke up and started writing this post and now I'm seeing "Macy's parade" in my search for "Antioch"... 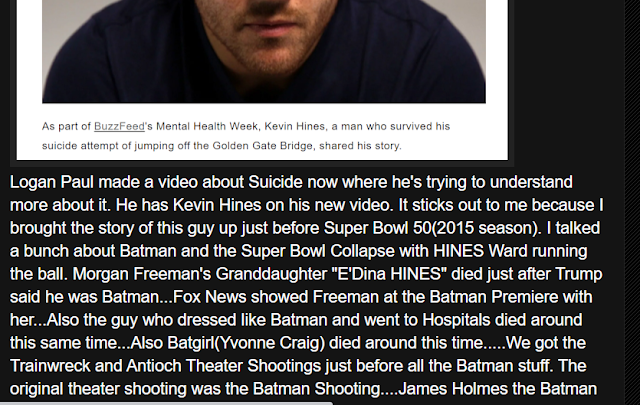 Further if you search my blog for the word "Antioch" I made a post talking about Logan Paul interviewing Kevin HINES who jumped off the Golden Gate Bridge.....All about Batman....This just sticks out to me considering 2/21 will be the day after Logan Paul fights Floyd Mayweather in 2021...

Remember how Jake Paul got in a fight at the hotel the day after the Tyson Fury fight in 2020 synced to the Mike Tyson vs Roy Jones Jr. fight where he beat Nate Robinson..

I just wonder....that happened at the Westgate hotel....Westgate...Golden Gate...Kevin Gates...I only think Kevin Gates because I just Djed last night though...

Montano's mother reported him missing a few days before he attacked the movie theater too...she hadn't seen him since 3/1/2013 and for some reason filed a missing person report on 8/3/2015....This means she last saw Montano 224 days after the Batman shooting in 2012.

We didn't know reverse gematria back then either...This attack happened on 8/5..2015.

Posted by The Mindless Freaks(Dan Behrendt) at 2:54 PM