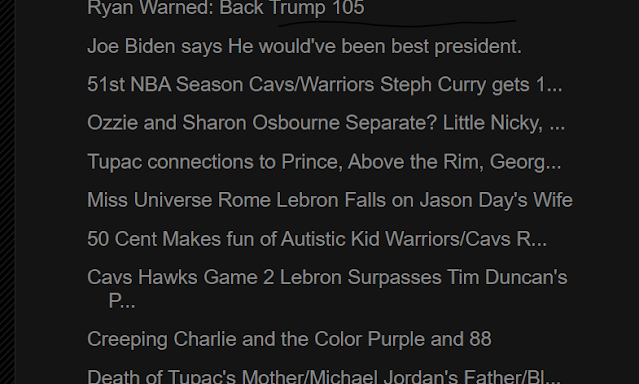 This is interesting as I just mentioned Dan Marino being important to the Dan Marino film "Little Nicky"....The first movie that comes to mind when I see Tiny Lister the film "Little Nicky" too. He plays Cassius, the brother of Little Nicky in the film.....
The only time I have blogged about this guy was from a post on 5/10/2016 about Ozzy Osbourne...it had a lot to do with the number 82...such as Ozzy bit the head off a bat in 82' and married Sharon in 82'...and Randy Rhoades died in 82....
I also pointed out that the Bat biting reminds me of Little Nicky which came out on my birthday and I was born in 82'.
Tiny Lister was also in Batman(The Dark Knight) and coronavirus supposedly came from Bats/Bat coin...
Another thing I find interesting is the other posts I did around the time of the Ozzy Osbourne one...
"Joe Biden Says He would've been the best president"
"50 Cent Makes Fun of Autistic Kid". 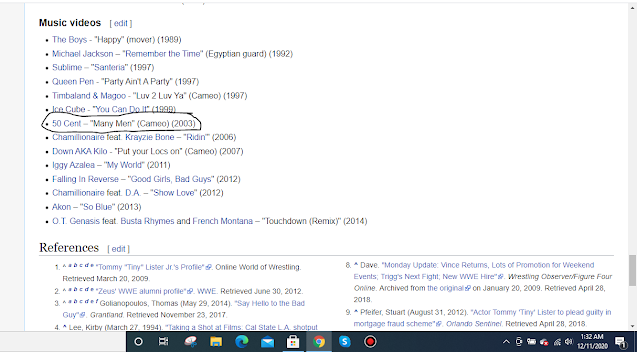 The 50 Cent post sticks out to me, because I went to Omaha the other night for an open Mic thing and then ended up going to a different bar with my friend Cody. A girl was playing music from her phone and Cody's friend "D" said he wanted to hear "Many Men", but I thought he said, "Boys II Men"...So Boys II Men got played along with "Many Men".
Notice Tiny Lister is in the music video for "Many Men" though.
I also had a post about Tupac's mother above....this just interests me because Tupac was shot after the Mike Tyson fight and we recently had a Mike Tyson fight. Tupac's bodyguard was Darryl Haum who supposedly is the guy who shot 50 cent 9 times with a 9mm.
99...
Adam Sandler born on 9/9.
The 9th green at 9...
Apollo Creed died exactly 99 years after the worst recorded East Coast Earthquake in Charleston..
Obama sang Amazing Grace 9 days after the Charleston Church Shooting where 9 people were shot.
The first president to die in office was the 9th president and the next to die will be the 9th president to die in office.
Abe Lincoln died 9 hours and 9 minutes after being shot..
Think about Chubbs with Abe Lincoln and the Alligator on Happy Gilmore too....
There is something important to Carl Weathers in all of this.
Queen Elizabeth II became the longest reigning Monarch on 9/9.
Friday=99(Movie Lister is best known for)

Another thing that stands out to me in regards to Rocky....is Tiny Lister's bday is 6/24....the previous post I am talking about is from 2016 when the Native American theme was huge and connected to Rocky Colavito...
Rocky Colavito=624(Satanic)
Detroit Tigers=624(Satanic)
Aroldis Chapman=624(Satanic)
King Charles III=624(Satanic)
It's the perfect time right now with King Charles too..
The 244th year of the US and Princess Diana's death anniversary of the 244th day of 2020...
King Charles III=244 and 264(FB)
Queen Elizabeth II=264
Native Americans=1114(Jewish)
Charles born on 11/14....important to the Indians/Cubs..
Ozzie the "Prince" of Darkness" 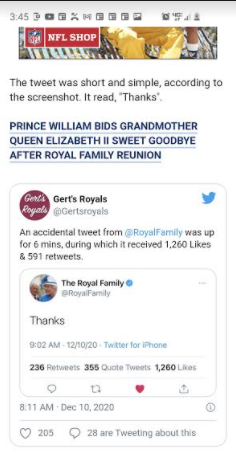 Queen Elizabeth's dog "Vulcan" also just died in connection to Star Trek...notice Tiny Lister was in Star Trek as the first Klingon to make contact with humans...
Posted by The Mindless Freaks(Dan Behrendt) at 12:32 PM