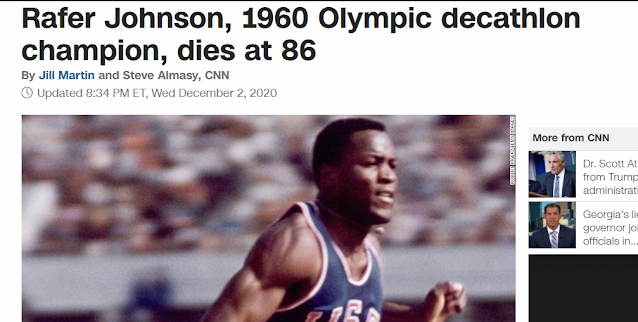 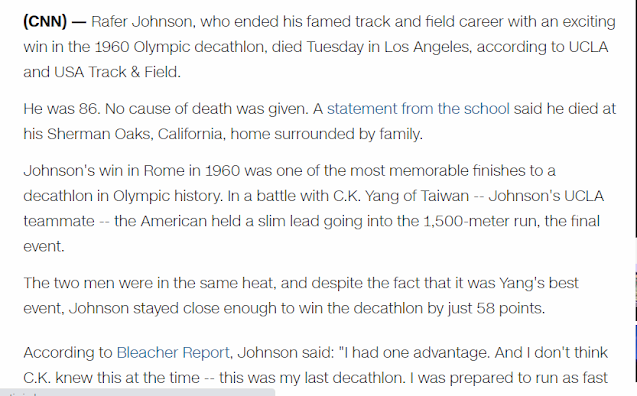 How interesting that Rafer Johnson dies today....I recently mentioned the Secret Service..the film Bodyguard and how Rosie Grier may be important. This was because he was one of the guys who tackled Sirhan Sirhan.....What are the odds that Rafer Johnson was also one of the guys who tackled Sirhan Sirhan with Rosie Grier?
Things seem to happen this way with me all the time with this knowledge...such as wondering about James Earl Jones and then the actor who played Darth Vader died....It's the same with sports too....the team I follow because of my syncs is always important, but very rarely do they win the championship...they are always related to the team who actually wins or makes the championship though...
Rafer Johnson=143

What do you know?...He dies 224 days before Rosey Grier's bday too lol.