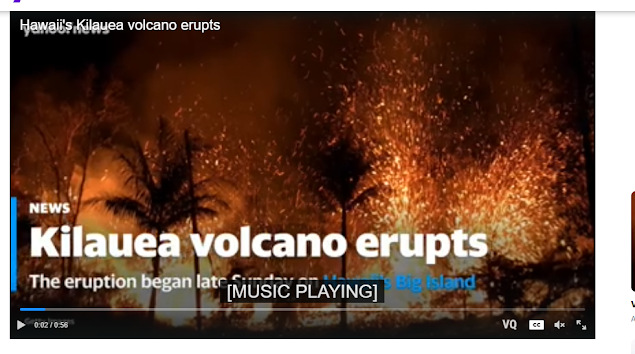 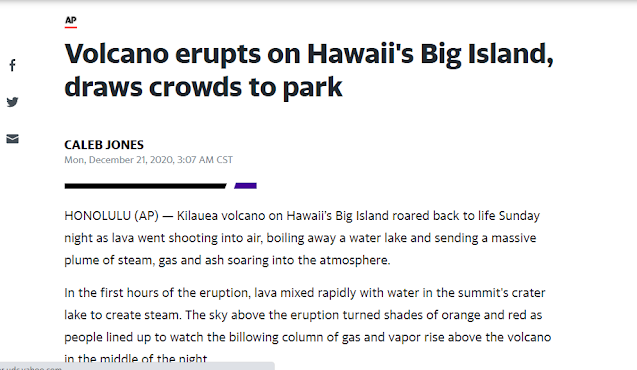 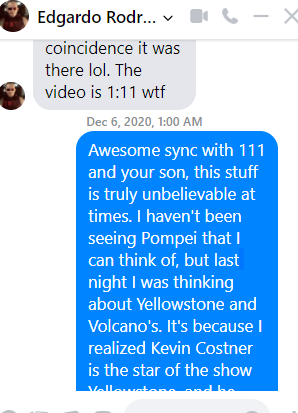 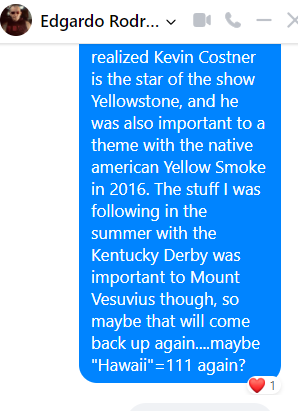 It's interesting that the volcano in Hawaii erupted again today for the first time since 2018....A few weeks ago Edgardo was telling me about a bunch of syncs with 111 and how he was seeing Pompei alot...I mentioned that it may be connected to Hawaii...and now we get this story only a few weeks later..
If you go back and look at my old posts about the 2018 Earthquake I mentioned how it was 111 days after the North Korean Missile scare that was synced to the Great American Eclipse...The Great American Eclipse happened on Hawaii's 59th anniversary being a state and the last time a Total Solar Eclipse could be seen in the United States was in 1991 and only in the state of Hawaii.
Hawaii=111
The North Korean Missile scare happened 145 days after the Great American Eclipse..
North Korea=145
Catholic=145
North Korea synced big time to the Catholic/Jesuit theme.
This eruption happens a week after the Total Solar Eclipse over South America that was synced to Jesuit Pope Francis...
Kim Jong-un=129
Kilauea=129
Maybe we should pay attention to North Korea or Kim Jong-un.
South Korea=264(FB)
volcano=164(FB)
The president is MOON Jae-in...
Korea=111(FB)
Another thing that interests me is that I commented this 15 days ago...
War=15 and 21 and today is the 21st.
Posted by The Mindless Freaks(Dan Behrendt) at 10:23 PM