Later this season is when they they had Captain Hindsight and the BP Oil spill joke.
I only looked this up, because I work at a BP gas station and today they sent out a deal about Coronavirus. We now are supposed to sanitize everything every few hours and what not. When I documented about this before, I didn't even think about how I worked at a BP. It's privately owned so I don't usually think about it, as it's not called BP. 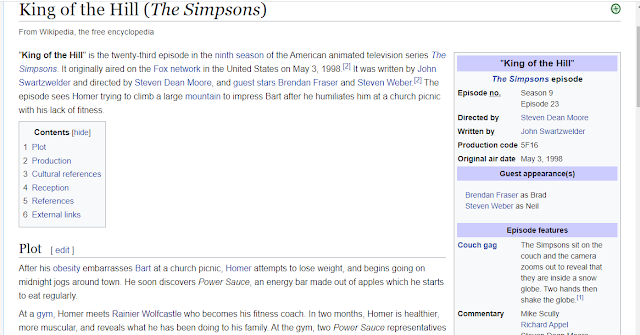 The Simpsons episode 201 is also Season 9 episode 23..
Reminds me of Pope Francis and 9/23.
KING of the Hill....
I'm interested in the episode having a character named "Rainier Wolfcastle" too. It reminds me of Mt. Rainier in Washington. We actually drove up it when I went to Seattle.

Maybe need to check out these episodes again....or even the 201st episode of King of the Hill?

The Hindsight episode of South Park is also the 206th episode reminding me of the Seattle Area code.
Posted by The Mindless Freaks(Dan Behrendt) at 10:50 PM