Actresses walk out of French Oscars after Roman Polanski wins 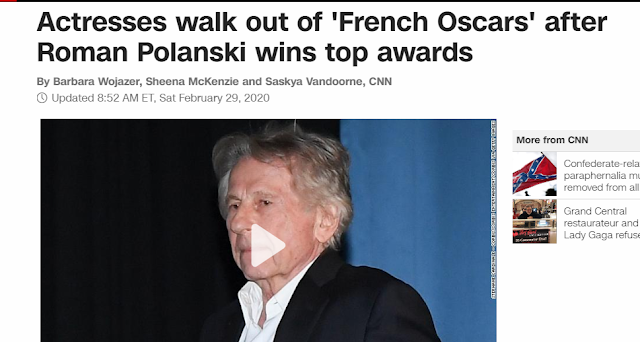 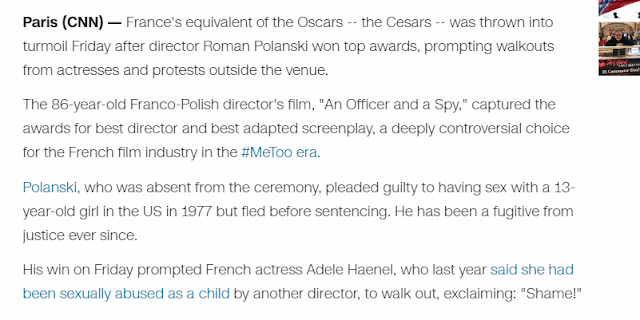 Remember Roman Polanski was in the news on Charles Manson's bday in 2019. This same day we got a story of 51 children in China hit with a chemical attack. Polanski also has the film "Chinatown".....he was arrested for this rape at Jack Nicholson's house(Joker).
Much of this is connected to Batman...
Roman Polanski=210(FB)
China=210(Satanic)
The Beach Boys 20/20 album released on 2/10.

I can't help but think of the recently learned, "I want you(She's so heavy)" song my band learned by the Beatles. It was on the Abbey Road album which was when the Paul is dead conspiracy theory got popular...It started at Drake University in Des Moines, Iowa...

Adele Haenel=45
It was the 45th Cesar Awards


I was thinking about this today as well in regards to France...
Curse Words...SPELLing....
Excuse my French...