We learned that the NBA Finals would be the Miami Heat vs Los Angeles Lakers on 9/27, or the Jesuit anniversary.

Obviously the narrative with this year is connected to the Jesuits...Kobe a Catholic and so on....I almost forgot that the Lakers have Kentavious Caldwell-POPE too....notice his bday is 2/18....218 a big number I have noticed with the Jesuit/Umbrella stuff....

I find it interesting that the Celtics lost on the Jesuit anniversary, which is the team he was really onto...recall his channel was deleted on 6/3....the number 63 was very important to the Jesuit narrative in 2017...it was also important to the film Spotlight about the 87 Priests in Boston.

If you search my blog you will find a post about Kentavious Caldwell-Pope serving a 25 days jail sentence. It was just after Kobe's jersey's were retired...I also mentioned Andre Kirilenko around this same time as his house burnt down...they both had a bday on 2/18.....anyway in the post I even mention how Kentavious was arrested after the Miami Heat game in Detroit...

I should also note that the story of David Stern being hospitalized was just before the Lakers played the Heat too.

A while back the House of Israel person also told me about Martin Luther dying on 2/18....which is 7 months 9 days before the Jesuit anniversary.

Kobe's death was all about the number 34 too...

Shaq won his last championship age 34 with the Heat..which is another reason why it was important that Dwight Howard turned 34 years old.

Recall the connections I have to Martin Luther as well....I was born exactly 499 years after him...

Jesuits founded the day leaving 95 days in the year.

Martin Luther King died on the 95th day of the year. 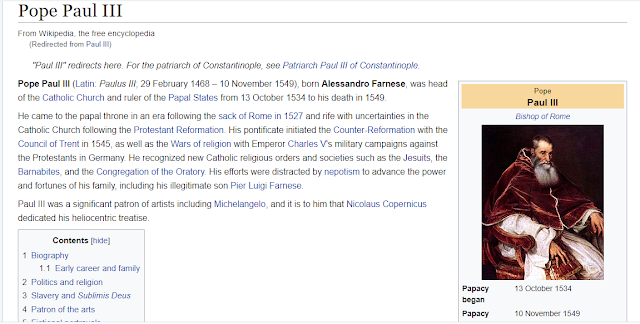 The Jesuits were approved by Pope Paul III... he died exactly 433 years before I was born..

Also interesting to note he became the pope on 10/13, which is when a possible game 7 of the NBA Finals would be....also the day Zach's book goes to Amazon....also Doc Rivers bday...and Rivers just got fired by the Clippers.

Looking at the date 10/13 too....it's the bday of Kelly Preston who recently died in connection to the TWIN theme. Ha, it's also Paul Pierce's bday....think about his connection to Doc Rivers..

10/13 is also the date the Knights Templar were supposedly wiped out in France on Friday the Thirteenth...Recall how coronavirus was declared a National Emergency on Friday the 13th...3/13...Pope Francis' anniversary.

Posted by The Mindless Freaks(Dan Behrendt) at 12:03 AM